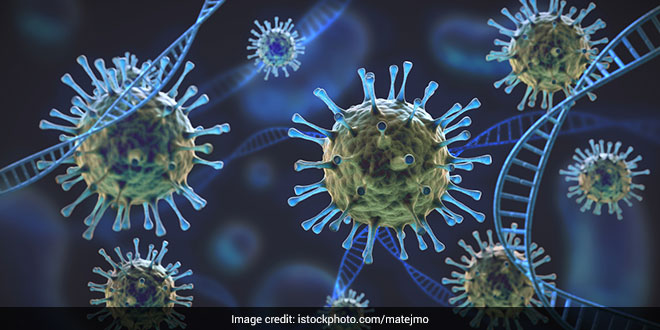 Developed by researchers at Ashoka University in Sonipat, Haryana in collaboration with global technology company Thoughtworks, the tool is also being used to make predictions on COVID-19

New Delhi: Scientists have developed an ultra-large scale computerised model of 1 million to 100 million individuals, closely representative of the Indian population, that they say can help assess the impact and progression of an infectious disease, including COVID-19, at the most granular level. The synthetic population model termed BharatSIM has been developed by using data from sources such as the National Sample Survey Office (NSSO) surveys and Census. Developed by researchers at Ashoka University in Sonipat, Haryana in collaboration with global technology company Thoughtworks, the tool is also being used to make predictions on COVID-19.

Also Read: Delta Or A Different Variant May Cause Another COVID Outbreak: Study

It also allows adding interventions like lockdowns, levels of vaccine coverage to determine the effects of the disease.

The scientists said the model would be made available with open access, helping governments, NGOs, and researchers to test interventions and outcomes through these simulations, they said.

“BharatSIM allows us to assess the impact of a pandemic of infectious disease at the most granular level, since the basic unit there is the individual person,” said Gautam Menon, Professor of Physics and Biology at Ashoka University.

Imagine a map of India with lots of individuals moving around on it, like a strategy game. These individuals are not all the same: each has been constructed carefully using machine learning techniques to be a realistic person, with a family, a workplace, and demographic characteristics, Mr Menon told PTI.

These are developed based on a combination of various large-scale surveys such as the Census, India Human Development Survey (IHDS), etc.

Because each individual is modelled while maintaining the statistical properties of the population, this allows for the differential impact of the disease at different ages, the effects of co-morbidities in increasing the risk of an adverse outcome and so on, the researchers said.

Using the model, the researchers can also explore different scenarios, such as the impact of interventions, including lockdowns and school closures.

“The model incorporates geographical information as well, therefore we can look at the impact of the disease in different areas, such as wards in a city,” added Debayan Gupta, Assistant Professor of Computer Science at Ashoka University.

The model uses high-performance computing infrastructure to run these large-scale simulations on cities and states with their real-size population. Although, our simulation engine is also efficient enough to simulate mid-range cities easily even on a run-of-the-mill laptop, Mr Gupta told PTI.

The outputs of the system are fed into a “visualisation engine”, which helps quickly analyse and gain insight into what would otherwise be a huge quagmire of data.

Also Read: Continue Tracking, Vaccinate People, COVID Is Still A Global Concern, Warns WHO Amid Too Many Variants Circulating

Combined, the researchers hope that it will prove to be a powerful aid to understand various what-if scenarios with extreme granularity.

“For example, the model can allow us to examine the level to which reinfections are ‘important’. Or why populations with different age-structures might respond differently to the pandemic,” Mr Gupta said.

It can also allow us to explore the potential impact of a more lethal and more transmissible variant. But its most important use is surely in allowing us to compare different strategies for controlling or mitigating the pandemic, he added.

All prior disease models for COVID-19 in India are based on what are called ‘compartmental’ descriptions which make specific assumptions about how people interact with each other in spreading the disease.

Mr Menon said these assumptions are not very realistic.

Better ways of understanding how the structure of communities might change the rate and manner in which disease spread would help. This is one area in which BharatSim has a distinct advantage over other methods, he said.

BharatSim allows for how individuals modify their behaviour, for example, how they might choose to reduce their contacts with others or where some of them might flout regulations regarding mask-wearing or isolation.

Explaining how mathematical modelling works, Menon noted that no model can predict a new COVID-19 wave.

What a model can do is explore multiple scenarios for how a new variant which moves more easily between people but against which prior vaccination does provide some protection, might spread, he said.

“Comparing predictions with data in real time can allow us to stay ahead of the way the disease spreads, even at early stages where little might be known about the new variant,” the scientist explained.

Also Read: The Impact Of Coronavirus ‘Is Down But Not Out’, Exercise All Precautions, Warns Health Expert

Daily COVID-19 Figures In Delhi Will Fluctuate For Some Time: Experts