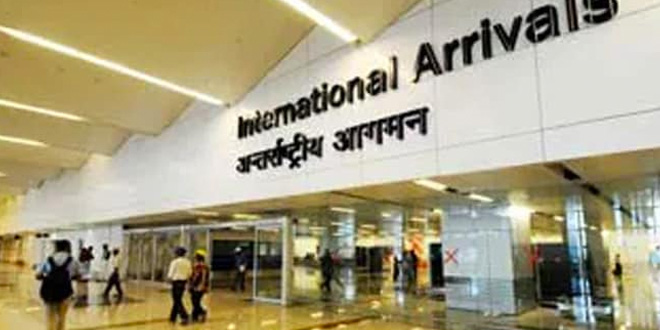 New Delhi: The Ministry of Health and Family Welfare (MoHFW) issued revised guidelines for international arrivals on Thursday (February 10). The revised guidelines will come into effect from February 14. According to the Union Health Ministry, the guidelines for international arrivals in India are being formulated by evaluating the risk and monitoring the continuously changing nature of the coronavirus. The Ministry highlighted that the new guidelines have been developed keeping in mind that while monitoring the spread of infection in the country and across the globe is being done, cognizance is also given to the fact that economic activities need to be taken up in an unhindered manner.

The @MoHFW_INDIA has issued revised guidelines for International Arrivals ✈️

Guidelines to come in effect from 14th February.

Follow these diligently, stay safe & strengthen India's hands in the fight against #COVID19.

The new guidelines for international arrivals have removed the category of ‘at risk’ countries which was introduced when the Omicron Covid variant emerged last year in December.

Here are 10 rules to be followed by the airports/seaports/land ports and the international travellers arriving in India, as per the new guidelines:

According to the government, around three-quarters of adults in the country of 1.3 billion people have had one shot and around 30 percent are fully vaccinated. China is the only nation to dish out more vaccine doses than India, having fully inoculated some 1.05 billion, or 75 per cent of its citizens, as of late September.

Also Read: WHO Uses Wordle To Warn People About The COVID-19 Disease Caused By Omicron

Enabling The Disabled: This Mother-Daughter Duo Changed The Way World Looks At People With Disabilities