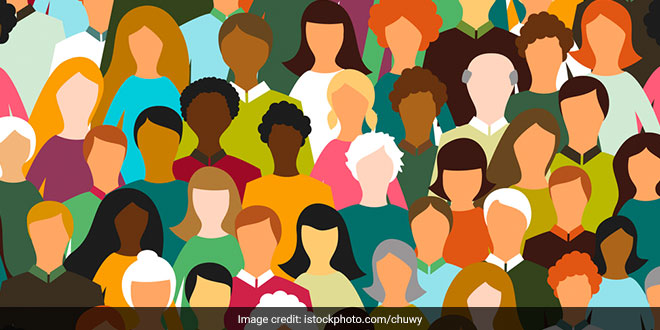 The NFHS Survey indicates a demographic shift, the number of women surpassed men for the first time in India with the sex ratio being 1,020: 1,000

New Delhi: “With this, we can say India moves in the league of the developed countries – as the sex ratio crosses 1000,” a health ministry official said, attributing it to measures taken for women empowerment such as financial inclusion and for combating gender bias and disparities. The sex ratio at birth also improved from 919 in 2015-16 to 929 in 2019-20, indicating positive impact of measures like implementation of the PC and PNDT Act and various other interventions.

According to NFHS-3, conducted in 2005-06, the sex ratio was 1000: 1000 and in 2015-16 (NHFS-4), it declined to 991:1000. On November 24, the Union health ministry released NFHS-5 (2019-21) results for India and 14 phase-II states and union territories in the form of fact-sheets of key indicators on population, reproductive and child health, family welfare, nutrition and other health related areas. The findings of NFHS-5 in respect of 22 states and union territories covered in phase-I were released in December, 2020. According to NFHS-5, 88.6 per cent of the births (in the 5 years before the survey) in the country were delivered in a health facility. A significant rise since NFHS-4 (78.9 per cent) is a proof that India is marching towards achieving universal institutional births, officials said. ”

Assistance by properly trained health personnel working within an enabling environment is needed to eliminate preventable maternal and newborn deaths.A key strategy to ensure skilled care during childbirth is to that all births take place in health facilities in which obstetric complications can be treated when they arise,” the official said. Nearly four-fifth (78 per cent) mothers received postnatal care from health personnel (doctor/nurse/LHV/ ANM/midwife/other health personnel) within two days of delivery in the country, a significant rise from 62.4 percent in NFHS-4.

This would result in reducing the maternal and infant mortality rates in the country. The days and weeks following childbirth – the postnatal period, are a critical phase in the lives of mothers and newborn babies. Most maternal and infant deaths occur in the first month after birth. Thus, it is recommended to receive postnatal care from health personnel within the first 48 hours (2 days) of delivery, the official said. The survey findings stated total fertility rate (children per woman) in the country has reached the replacement level of fertility, a significant demographic milestone. The TFR for India in 2019-21 has reached 2.0 children per woman compared to 2.2 in 2015-16.

This means women are giving lesser number of births in their reproductive period compared to earlier. This also indicates better knowledge and use of family planning services, late entry into marriage/union, etc, the ministry official said. The birth registration (with the civil authority) for children under age 5 years has increased from 79.7 per cent (NFHS-4, 2015-16) to 89.1 per cent. In 41 per cent of the households, at least one usual member is covered under a health insurance/financing scheme, a rise from 28.7 per cent in the last round. This indicates a larger reach and greater acceptance of health insurance/financing scheme in India. Health insurances provide coverage for medical expenses and prevents out-of-pocket-expenditures and catastrophic health expenditures especially from the marginalized households.

It is to be noted here that, the Ayushman Bharat- Pradhan Mantri Jan Aarogya Yojana (PMJAY) was not fully rolled out in the country during the period of survey and its coverage may not have been factored in the factsheets, the official explained. Besides, two-third (66.7%) of the currently married women aged 15-49 years in the country use any method of family planning to delay or limit pregnancies as per NFHS-5 compared to only 53.5 per cent in NFHS-4.

This is a significant rise since the last round. Use of contraception prevents pregnancy-related health risks for women, especially for adolescent girls, and properly planned intervals between births prevent infant mortality, the official said.

The unmet need for family planning among currently married women aged 15-49 years in the country has declined from 12.9 per ent in 2015-16 to 9.4 per cent in 2019-21. Acording to the findings, more than three-fourth (76.4 per cent) of the children age 12-23 months are fully vaccinated (with BCG, measles-containing vaccine (MCV)/ MR/ MMR/ Measles, and 3 doses each of polio excluding polio vaccine given at birth and DPT or pentavalent vaccine) based on information from either vaccination card or mother’s recall. The survey found nutritional status of children under 5 years of age has improved marginally in the country since the last round. However, specific targeted interventions are required to address these challenges in the country.