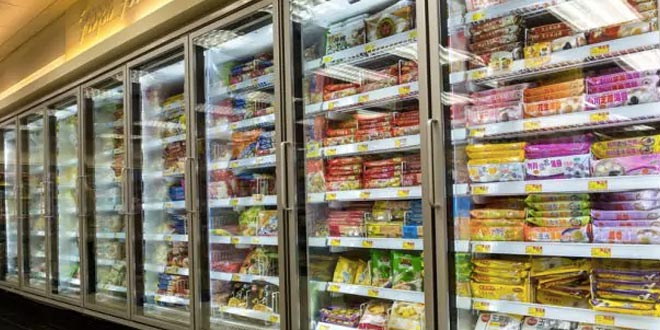 New Delhi: According to experts, while frozen foods are always an option, it is important to embrace eating locally as the locally-grown food tastes better, is fresh and isn’t subject to lesser shelf-life issues. But are all frozen foods bad and how to make healthier food choices, to know answers to these questions, NDTV spoke with Dr Sridevi A Singh, Director of the Central Food Technological Research Institute (CFTRI) in Mysuru, Dr Shweta Khandelwal, Head, Nutrition Research at the Public Health Foundation of India (PHFI), Delhi and Dr Anupam Sibal, Group Medical Director, Apollo Hospitals Group.

Frozen Food- Convenient, But Are They Nutritious?

The use of frozen foods can be convenient and save a lot of time as it requires one to just open the freezer, get the food and cook it. Frozen food has long durability also. It may be saved for months and is not vulnerable to unwanted microorganisms. Frozen food also reduces food wastes because of its long durability. It also helps restaurants make their process more efficient as pre-cooked food needs a shorter waiting time. It also helps in following flexible meal plans, spontaneous food choices.

However, there are many downsides also, of frozen food. For example, it does not taste as good as fresh foods, there is a limited variety and it faces cooling chain problems as well like power outages and others because of which plenty of bacteria may develop especially in the fish and seafood. The texture of the food may be altered when freezing food.

Some frozen dishes contain preservatives to make the food last longer but the regular intake of preservatives may cause serious health issues. Some frozen foods may lose precious nutrients and vitamins and most frozen foods contain far fewer vitamins than fresh food. An incorrect freezer may cause the food to go bad after a rather short period. Frozen foods are also subjected to ‘Freezer Burn’ which includes loss of moisture or the ice crystals evaporating from the surface area of a product, patchy and unpleasant taste.

According to Dr Khandelwal, preservation or freezing decrease the nutrient contents of the food. She said,

It is important to go for fresh food whenever possible. Even supermarkets today have a section of fresh fruits and vegetable and so try and use that before going to the frozen section. Also remember that in India, in supermarkets, the fresh food sections are largely flawed, underutilized and full of HFSS (High in Fat, Salt and Sugar). I would recommend not to catch that bag of frozen French fries and just cut a potato into slices and fry it at home. The backside of the packaging of the food that contains the nutrient content label is actually a warning sign for you to see. If the added sugar, salt, fat is coming in double digits, then just stay away from it.

Explaining about frozen foods, Dr Sridevi A Singh said that there is a huge difference between the nutrient content of the foods frozen commercially and foods frozen at home without optimal conditions. She said,

Frozen foods, is a 300 billion dollar market, it is a huge market. The processors in the commercial front know how to freeze and transport it to the market till it reaches the consumer. The domestic freezing of food, unfortunately, is not done in the right way by too many people. If the food is frozen immediately, then it may retain its nutrient. During thawing, the ice crystal formed usually damages the cell struct and because of which there is a loss of vitamins, especially, water-soluble vitamins. But it is the nearest to the natural that you can expect as compared to any other kind of processing. How commercial processing happen is that they do blanching. During this process, the air that is there is removed and therefore, the food will sit properly into the container. Along with this, enzymatic activity is reduced. This is because there are some enzymes which change the colour of the food which are not sensibly acceptable to the consumer.

Dr Singh further explained that at home, when people freeze food, they are not focusing on the container or time or temperature and are randomly freezing and then heating it when required, which means that it is not optimal. So, there will be reactions- the chemical and metabolic reactions that are happening in these living structures of the cell of the food and microbial spoilage, she said. She added,

So, you are inactivating the microorganisms to some extent. Another problem is that if there is power outage, it could start spoiling immediately and if the food is not wrapped properly, there could be freezer burns. Remember that any freezing activity is based on the water activity of the food which means that you are freezing the water and thereby concentrating the other solutes that are there in the food which will then not allow the bacteria to grow.

Stressing on the importance of choosing foods that are natural, Dr Sibal said,

Nature has its own way. Why we have food growing in a particular season is because it is best for them to grow in that season. It is important to get back to the nature. An occasional craving is fine. Embrace what is produced locally. The locally grown food is higher in quality and tastes better.

He further said that the locally procured food has no added chemicals and is better in freshness. The food produced locally is more nutritious and eating locally means a person would be eating in a season which is beneficial because the natural cycle of produce is designed to suit human health, he said. Dr Sibal also highlighted that local food is also great for the environment as it requires lesser transportation and thus lesser carbon footprints.

Are All Processed Unhealthy?

While procuring locally produced fresh food is the best for health, experts say that not all processed foods are unhealthy. Some processed foods are minimally processed for the purpose of preservation which may change the nutrient content a bit but not entirely. Some of the examples of such food are- low-Fat milk, frozen vegetable, fortified flours, canned fruits. However, highly processed foods that have too many additives and preservatives are harmful to health.