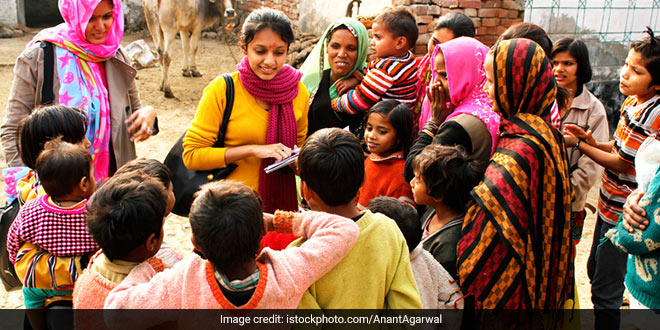 The government on Wednesday released the factsheets of key indicators on population, reproductive and child health, family welfare, nutrition and others for India and 14 states and UTs, clubbed under phase two, of the 2019-21 NFHS-5 here. The states and UTs which were surveyed in this phase were Arunachal Pradesh, Chandigarh, Chhattisgarh, Haryana, Jharkhand, Madhya Pradesh, NCT of Delhi, Odisha, Puducherry, Punjab, Rajasthan, Tamil Nadu, Uttar Pradesh and Uttarakhand, a Health Ministry statement said. The findings of NFHS-5 for 22 states and UTs covered in phase one were released in December, 2020. According to the findings, child nutrition indicators showed a slight improvement at all-India level as stunting declined from 38 per cent to 36 per cent, wasting from 21 per cent to 19 per cent and underweight from 36 per cent to 32 percent. In all phase two states and UTs, the situation improved in respect of child nutrition but the change was not significant as drastic changes in respect of these indicators are unlikely in a short span, the statement said.

Anaemia among children and women continues to be a cause of concern. More than half of the children and women (including pregnant women) are anemic in all the phase two states and UTs and all-India level compared to NFHS-4, in spite of substantial increase in the composition of iron folic acid (IFA) tablets by pregnant women for 180 days or more, it said.

Along with an increase in institutional births, there has also been a substantial increase in C-section deliveries in many states and UTs, especially in private health facilities, it said. According to the findings, unmet needs of family planning have witnessed a significant decline from 13 per cent to 9 per cent at all-India level and in most of the phase two states and UTs. The unmet need for spacing, which remained a major issue in India in the past, has come down to less than 10 per cent in all the states, except Jharkhand (12 pc), Arunachal Pradesh (13 pc) and Uttar Pradesh (13 pc). Full immunisation drive among children aged 12-23 months has recorded substantial improvement from 62 per cent to 76 per cent at all-India level. Also, 11 out of 14 states and UTs have more than three-fourth of children aged 12-23 months with full immunisation and it is the highest for Odisha at 90 per cent, the statement said. On comparing NFHS-4 and NFHS-5 data, the increase in full immunisation coverage is observed to be expeditious in many states and UTs. More than 50 per cent of phase two states and UTs are sharing over 10 percentage points during the short span of four years.

This can be attributed to the flagship initiative of Mission Indradhanush launched by the government in 2015. The Total Fertility Rate (TFR), the average number of children per women, has further declined from 2.2 to 2.0 at the national level and in all 14 states and UTs. All phase two states have achieved replacement level of fertility (2.1), except Madhya Pradesh, Rajasthan, Jharkhand and Uttar Pradesh, it said. Overall Contraceptive Prevalence Rate (CPR) has increased substantially from 54 per cent to 67 per cent at all-India level and in almost all phase two states and UTs, with the exception of Punjab.

Use of modern methods of contraceptives has also increased in almost all states and UTs, according to the statement. Women’s empowerment indicators portray considerable improvement at all-India level and across all 14 states and UTs. Significant progress has been recorded between NFHS-4 and NFHS-5 with respect to women operating bank accounts from 53 per cent to 79 per cent at all-India level, it said.

For instance, in the case of Madhya Pradesh, the increase was from 37 per cent to 75 per cent. More than 70 per cent of women in every state and UT in the second phase have operational bank accounts. The main objective of successive rounds of the NFHS is to provide reliable and comparable data relating to health and family welfare and other emerging issues, the ministry said in the statement.

The NFHS-5 survey work has been conducted in around 6.1 lakh sample households from 707 districts (as on March, 2017) of the country. It covered 7,24,115 women and 1,01,839 men to provide dis-aggregated estimates up to the district-level. All the results of NFHS-5 are available in public domain on the ministry website. 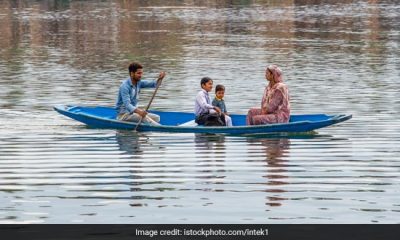 The union territory reported a drop in the neo-natal mortality rate from 15 to 12. The sex ratio at birth...