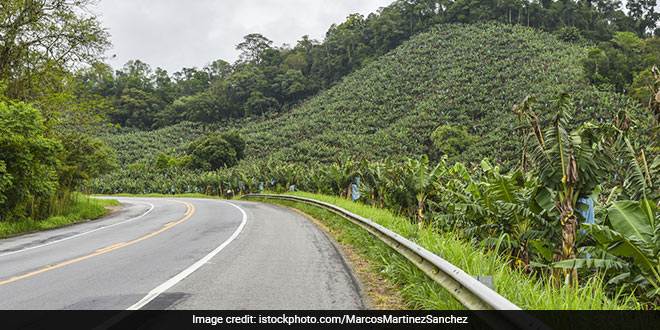 New Delhi: The National Green Tribunal has slapped a fine of Rs 50,000 each on Karnataka and Manipur for not filing statements on maintenance of green cover along highways and the number of trees proposed to be cut for various projects. A bench headed by acting NGT Chairperson Justice Jawad Rahim noted that Karnataka and Manipur have not furnished information on road stretches in different areas of these states where trees have been felled and areas identified for compensatory afforestation.

“We impose a fine of Rs 50,000 each upon States of Karnataka and Manipur for not filing the statement and give them a time of one week. In case of failure, they will be liable to further pay cost and their right will be forfeited.  The cost should be deposited within one week … Out of Rs 50,000, cost of 50 per cent shall be transferred to the Legal Aid Fund of the NGT Bar Association at New Delhi and the rest balance amount to the Central Pollution Control Board,” the bench said.

During the hearing, the Jammu and Kashmir government told the tribunal that it has already forwarded the statement to the Union Ministry of Environment and Forests. The counsel for Karnataka said the state has already sent the statement to the Environment Ministry and the tribunal should not impose a fine on it. The tribunal, however, said it would consider the submission on July 24, the next date of hearing. The NGT was hearing a plea filed by lawyer Sushil Raaja regarding maintenance of green cover along highways. In a detailed order, the NGT had earlier directed all state governments and local authorities to encourage plantation in public parks and other places wherever possible to plant additional trees to ensure better environment and provide protection to ambient air quality.