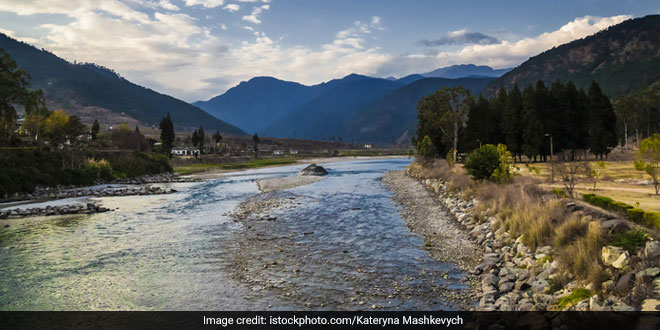 New Delhi: The National Green Tribunal has imposed a penalty of Rs five crore on the Jammu and Kashmir State Industrial Development Corporation (SIDCO) for failing to stop discharge of effluents and dumping of waste in the Basantar river in Samba district. A bench headed by National Green Tribunal (NGT) Chairperson Justice Adarsh Kumar Goel held SIDCO liable to pay the compensation and asked it deposit the amount within a month with the Central Pollution Control Board (CPCB) for restoration of the environment. The green panel also directed the Samba Municipal Council to pay a compensation of Rs 10 lakh for failing to set up a sewage treatment plant and stop discharge of untreated sewage in the river.

The JKSPCB is directed to take appropriate coercive measures, including prosecution for the violations. It may be ensured that flood plains/riverbed are free from encroachment and no garbage is dumped in the river. We also direct that the committee, already constituted by this tribunal headed by former High Court judge Justice J R Kotwal, will act as the oversight committee in the matter with the modification that only other members will be the state pollution control board and the CPCB, the bench said.

The tribunal said the state pollution control board will be the nodal agency and if any additional expenses are to be incurred for functioning of the committee, the state board will provide funds, as per directions of the panel’s chairman.

The green panel’s order came after perusing the report of the CPCB, which said the state pollution control board has found at least 16 industrial units creating pollution and that 33 units are in the red category and 107 are in the orange category.

The water sample and ambient air quality are exceeding the limits and sewer waste water is exceeding the standard limits for majority of parameters. The minutes of the meeting conducted by the JKSPCB show that storage treatment facility for treating hazardous waste is pending for more than a decade. The CETP has not been installed, the NGT noted.

It also took into account that untreated sewage waste and industrial effluents are being discharged in the river due to delay in establishment waste treatment plants.

The above material, which is unchallenged, shows clear violation of environmental laws and also failure of the statutory authorities to take adequate action. In spite of the findings of the JKSPCB, there is nothing to show that any prosecution has been initiated or any other coercive measures have been taken against the units which were found to be polluting, except closure of some of them after long time. For the past pollution, no amount of compensation for damage to the environment or the inhabitants has been recovered, the bench said.

The tribunal’s order came on a plea filed by NGO Indian Council for Enviro Legal Action and others seeking direction to close down industries causing pollution, discharging waste into or near Basantar river, a tributary of Ravi river, and operating without statutory consent.