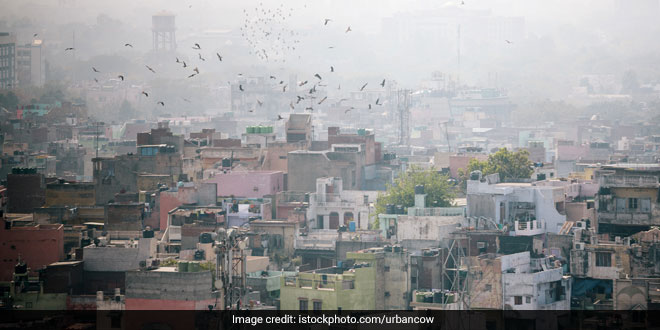 New Delhi: The Union Environment Ministry has said it is waiting for “appropriate” level and density of clouds, and a clearance from the IMD to induce artificial rain through cloud seeding in Delhi, even though experts argue that the process is not a long-term solution to the air pollution problem. The ministry also said the National Clean Air Programme (NCAP), which proposes multiple strategies to combat air pollution, is likely to be launched mid-December as most of its officials is in Poland to attend the crucial UN climate change summit from Sunday.

With air pollution levels in Delhi often reaching alarming levels during winters, authorities have said they might induce artificial rain by cloud-seeding to wash away pollutants in the air.

Cloud seeding is the process of combining different kinds of chemical agents, including silver iodide, dry ice and even table salt, with clouds in an effort to thicken them and increase the chance of rainfall.
The process also involves changing the amount and type of precipitation by dispersing substances (mostly salts) into the air. The dispersion is done from aircraft.

We have been experimenting with different things to figure out what is it that can work in a crisis situation and as a long-term situation. Cloud seeding is a part of that strategy where we want to see whether artificial rain is going to help us bring down the pollutants. We are just waiting for appropriate levels and density of clouds. Everything else is in place. But that will only happen when the India Meteorological Department (IMD) gives us the clearance that now we have a cloud which will give results. There is no point in cloud seeding which will not give results, a top Union Environment Ministry official said.

He said IIT Kanpur, which has been working on cloud seeding, had successfully done it in Lucknow.

We have been arguing with IMD and others that let them try over Delhi as well. Unless you try, how do we know whether it will be successful or not. Permission from the DGCA has also been taken, the official said.

He said from the local actions taken in the last five-six months to tackle air pollution, “it looks like these has showed some results in helping the decline (air pollution levels)”

Environment experts said inducing artificial rain by cloud seeding may bring relief but only for a short duration, and the government should take systematic and coordinated actions to reduce air pollution at source.

They said measures to bring down air pollution levels should be undertaken without having a second thought, but there is also a need for a long-term and focused approach to address this problem.