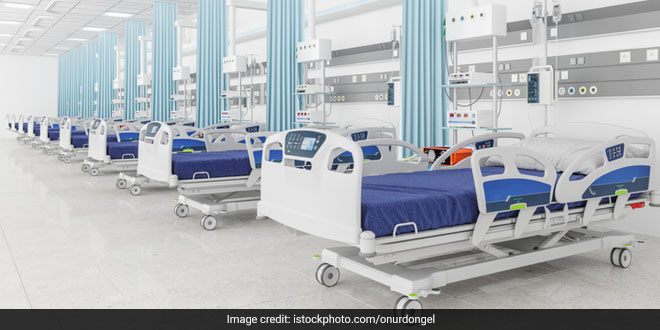 New Delhi: Urgent actions have been taken by the Centre on the COVID-19 situation in Delhi including an increase in the overall ICU beds from 3,500 to 6,000 in the next few days, said Dr VK Paul, Member (Health), NITI Aayog on Tuesday (November 17). “A further 537 new ICU beds will be added at Sardar Vallabhbhai Patel COVID Hospital. Delhi government is going to augment about 2680 ICU beds in various hospitals in Delhi. About 45 beds would be added in central government-run hospitals like RML, Lady Hardinge and Safdarjung hospitals. Total there would be about 80 percent increase in the ICU beds in the city,” Dr Paul said.

Railway beds are reserved for us. In case, the situation gets worse, we will use railway beds. About 800 have been put up today, said Dr Paul.

Talking about the testing capacity, Dr Paul said that Delhi was conducting approximately 57,000 tests, out of which 20,000 tests were RT-PCR. “We have planned to double the testing and increase it by 1.2 lakh at a greater speed. Labs based at ICMR, department of science and technology would be strengthened to conduct about 10,000 more tests,” adding that about 10 mobile labs would be launched in the city.

If COVID numbers are going to increase, then in the coming days we are planning to support 35,000-40,000 active cases in home care by telemedicine facility. As of now, as per the protocol – a COVID positive stable patient is recommended for home care as per protocol and about 25,000 active cases are being provided home care facility.

Also Read: Delhi Is Observing The Third Wave Of Coronavirus, Here’s What You Need To Know

“Massive house to house survey beyond containment zones would be done in Delhi. A total of 7,000-8,000 teams will be put on this,” informed the government official.

The Union Home Minister has kept a close watch on the COVID-19 scenario in Delhi. In Delhi, the average numbers of tests were very less. In September, it increased to 50,000 to 57,000. Then it reached a plateau. The graph flattened and the test rate decreased. In such a circumstance, when test rates decrease then a lot of positive rates may be left out who may spread the disease.

Mr Bhushan said that the number of cases in Delhi decreased from June to August due to the efforts of the Health Ministry.

If we look at the rate of increase of confirmed cases in Delhi from June onwards, the number was increasing till mid-June. The Health Ministry then formed a strategy to control the pandemic. The number then decreased till August. In September the cases increased by 4,300 every day by the 17th, 18th day of the month. It then decreased till October but there has been a rise after that. Fewer cases have been detected in the last 48 hours but we can’t come to a conclusion now, the Health Secretary said.

The daily death rate in Delhi has been registered at more than 90 per day in the last week.

The Health Secretary further said that the Government of India has decided to make available extra doctors and nurses from armed forces and paramilitary forces and central hospitals to the Delhi Government health centres.

A team of 75 doctors and 250 paramedics are flying to Delhi from Central armed forces for COVID-19 management to strengthen the manpower, he said.