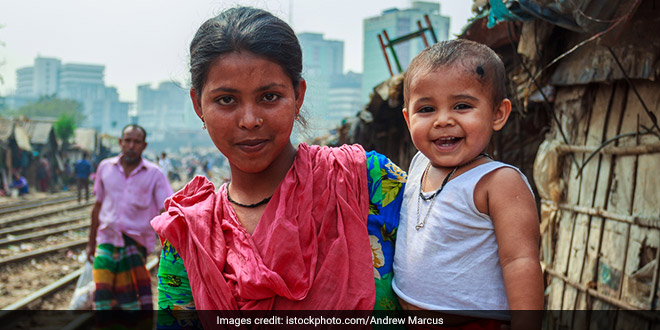 New Delhi: The poor nutritional status of India’s children is a well-known fact, as affirmed by the Comprehensive National Nutritional Survey in 2019. The CNNS, conducted by the Ministry of Women and Child Development with technical support of the UNICEF during 2016-18, reports some progress in reducing child malnutrition, but at the same time implies that a lot needs to be done to eradicate the issue. In a bid to achieve the same, government’s flagship program, POSHAN Abhiyan was launched in 2018 with the target of achieving a malnutrition-free India by 2022, by combining the already existing interventions across 15 Union Ministries, under one monitoring committee.

Adding to these interventions, the Union Cabinet has given ex post facto approval to the memorandum of cooperation (MoC) signed between the Department of Health and Family Welfare (DOHFW) and the Bill and Melinda Gates Foundation (BMGF). This MoC aims at bettering the health status of the country mainly on four aspects

To work on details and oversee the MoC’s implementation, a Programme Action Committee (PAC) will be set up, informed a government statement that was issued after the cabinet meeting chaired by Prime Minister Narendra Modi on January 8.

NDTV spoke with Dr Shweta Khandelwal, Head, Nutrition Research at Public Health Foundation of India, who explained how this pact may work in the favour of the vulnerable and women, she said,

India has a huge burden of multiple forms of malnutrition putting our population, especially the vulnerable ones like pregnant women, young children etc, at huge risk of constrained growth and sub-optimal productivity. Changing this current scenario will require strategic planning, sustained multi-sectoral efforts and ample resources. Thus I think this partnership between BMGF and Govt of India to work towards improving public health and nutrition is a welcome move.

However, Dr. Khandelwal highlighted a few points where according to her the government has to be cautious and explained the factors that should be priority to achieve the targets of POSHAN Abhiyan. She told NDTV,

We must ensure that our own team remains in the driver’s seat at all times. It will be wise to invest in things which will have a long term effect and not go away after funding ceases like capacity building of personnel and teams, improving infrastructure, conducting a thorough diagnostic of what factors in which setting play a role in causing/exacerbating malnutrition, enhancing research and development to find local sustainable solutions. Setting up robust surveillance mechanisms, building monitoring and evaluation programs at each key stage can also be amongst our priority from this MoC. A lot of planning and strategy development is already being done by NITI Aayog and other development partners, so it will be critical to collate all available knowledge and then take informed next steps to have a Kuposhan mukt Bharat in near future.

The government has notified that the exact blueprint and plan of action of the MoC is in the development stage at present and will be made public soon.