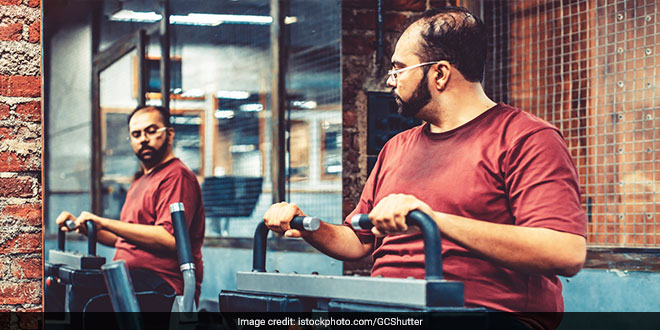 Washington: Are you suffering from obesity or issues related to excessive body mass index (BMI)? Your sedentary lifestyle and reduction in regular physical exercises are to be blamed for the dramatic increase in the body fat, the United Nations has said in a report. UN’s Food and Agriculture Organisation (FAO), in a report issued on the occasion of World Food Day, said eating food high in starch, sugar, fats and salt; combined with a sedentary lifestyle, is a recipe for soaring global obesity rates, even in countries where many still suffer from hunger.

World Food Day is an international day celebrated every year around the world on October 16 in honour of the date of the founding of the Food and Agriculture Organisation of the UN in 1945. The report said that people living in cities or urban towns in recent decades have gradually shifted away from consuming seasonal diets, mainly plant-based and fibre-rich food.

Globalisation, urbanisation and growth in income were cited as major reasons behind the diet shift as people find less time to cook at home, and rely mostly on fast-food outlets, street food vendors and takeaway meals due to their busy schedules.

This has led to a situation whereby almost 800 million people are considered to be suffering from obesity, and over 40 million children under five are overweight, the report added. Such unhealthy eating habits have further led to an increase in obesity-related health issues such as diabetes, heart disease and certain types of cancers.

The health costs of such a sedentary lifestyle are estimated at around USD two trillion per year, the report said.

At the same time, some 821 million people are still suffering from hunger across the world, with numbers increasing over the past three years, and around one in three children are malnourished and not developing properly: in some parts of Africa, hunger has risen by almost 20 per cent, it added.

Meanwhile, UN Secretary-General Antonio Guterres, in a video statement released on Wednesday, underlined the crucial need to transform food systems in order to achieve the Sustainable Development Goals (SDGs) and urged everyone to promote healthy diets that can restore the UN’s goal of zero hunger by 2030. He added,

By promoting healthy living to their citizens, governments can make savings, by cutting food-related health problems; and the private sector can make a difference by reducing the amount of harmful ingredients in their products.

Mr. Guterres also noted that the way food is currently consumed and produced has a significant effect on climate change.

The UN chief announced that he hopes to convene a major Food Systems Summit in 2021, as part of the Decade of Action to deliver the SDGs.

Evolve Policy For Those Who Do Not Have Ration Cards: Delhi High Court To Central Government