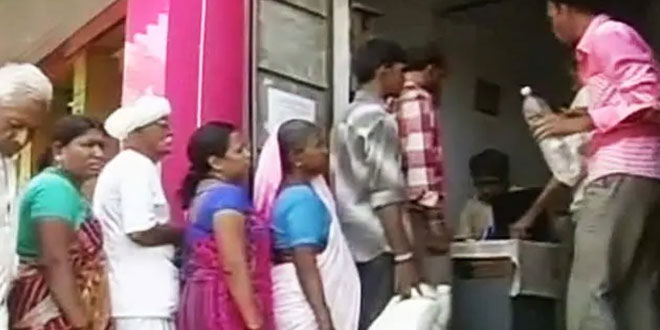 New Delhi: The Delhi High Court on Saturday directed the Centre and Delhi government to evolve a policy for those who do not have a ration card. A bench headed by Chief Justice D N Patel passed the order on a petition filed by a lawyer seeking a direction to prevent deaths due to starvation and malnutrition. Lawyer Maneesh Pathak, in his plea, submitted that minor children in the slums, especially those who do not have ration cards, are facing starvation and malnutrition.

Taking note of the facts raised in the petition we deem it appropriate to direct the respondents to consider to evolve a policy for those who are poor and not having ration cards for one or another reason.

“If the marginalised persons of the society are not getting a ration card, it is the duty of the Centre and Delhi government to issue them ration cards to enable them to receive ration from the Fair Price Shop (FDS) situated near their residence,” the court further stated.

The petitioner stated that he filed the petition after the tragic death of three minors in Delhi’s Mandawali area due to starvation and malnutrition last year. He said that such deaths are on the rise in states like Jharkhand and Odisha, too. The plea stated,

In 2017, there was the death of a minor girl child and also recently the tragic death of a 58-year-old woman in Jharkhand due to starvation and malnutrition. In 2016, there were the tragic deaths of 19 children in just a span of three months in Odisha.