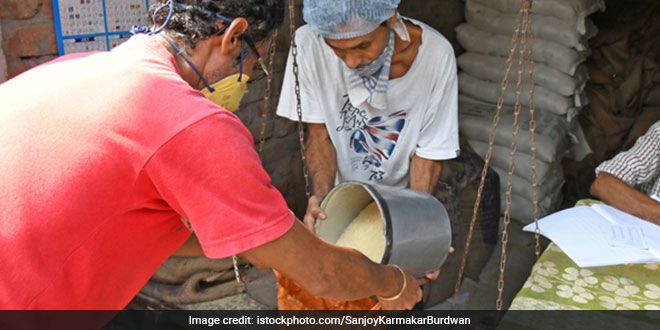 Odisha: The initiative, to begin on January 23, will entail a total expenditure of Rs 185 crore

Bhubaneswar: Odisha Chief Minister Naveen Patnaik Tuesday (January 3) announced that nearly 9.05 lakh beneficiaries of the State Food Security Scheme (SFSS) will receive 5 kg of rice per month free of cost for the next 12 months. The initiative, to begin on January 23, will entail a total expenditure of Rs 185 crore which will be met by the state exchequer, an official release issued by the Chief Minister’s Office said. The state government has been distributing 5 kg of rice per person per month to the left-out eligible beneficiaries of the National Food Security Act (NFSA) but covered under the ‘State Food Security Scheme’ at Re 1 per kg since October 2018.

“Now it will be free of cost rice for about 9.05 lakh people under SFSS,” the official said.

The SFSS was launched on Gandhi Jayanti in 2018 to cover those who have been left out of the NFSA.

The beneficiaries of the SFSS have also been provided with additional rice and pulses during the last 28 months in the state. Besides, Rs 1,000 cash incentive was also given to each family under NFSA and the SFSS twice during the pandemic period.

The Centre announced in December 2022 that it will bear the expenses of free food grains under the NFSA till December 2023.

Related Topics:
Nutrition Odisha
Up Next

“To Reduce Air Pollution In Delhi, We Need To Cut Down Emission At Sources”: Tanushree Ganguly, Council on Energy, Environment and Water

What Is Omicron’s XBB.1.5 Sub-Variant? Should India Be Worried?