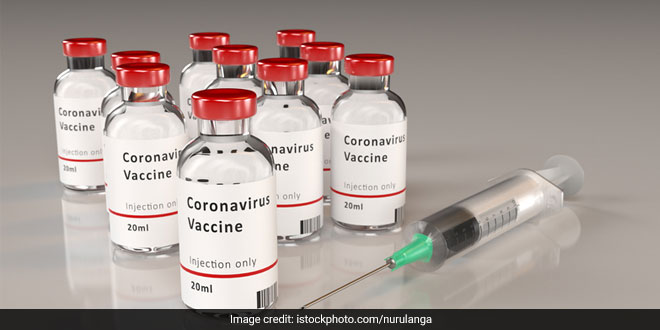 New Delhi: A vial of COVID-19 vaccine once opened for inoculation needs to be fully used within four hours, else the remaining doses go waste and need to be destroyed, senior doctors said on Tuesday (January 19). The first batch of Oxford COVID-19 Covishield vaccine had reached Delhi‘s central storage facility at Rajiv Gandhi Super Specialty Hospital (RGSSH) on January 12. The lot of Bharat Biotech-made Covaxin had reached there the next day, which is being used at six sites, including AIIMS and RML Hospital.

RGSSH is also one of the 75 sites where Covishield shots are being administered to doctors, nurses and other beneficiaries. Forty-five shots were given on day one and 20 on day two.

Each 5 ml vial of the vaccine has 10 doses in total. And, once opened, all 10 doses have to be consumed within four hours, otherwise it goes waste, and remaining doses have to be destroyed, RGSSH spokesperson Chhavi Gupta told PTI.

On day one, when 45 people were vaccinated at the facility, four vials were fully used, while the fifth one had five unused doses which went waste, she said. India is conducting a mega vaccination drive against COVID-19 which was launched by Prime Minister Narendra Modi on Saturday (January 16). On day one, 4,319 healthcare workers and on day two (Monday), 3,598 people got vaccinated across 81 sites in the national capital.

There are strict protocols for storage, transportation and usage of the vaccine, according to senior doctors who are part of this massive immunisation exercise. B L Sherwal, Medical Director of RGSSH, which till recently was a dedicated COVID facility, said the government has sent 10 per cent extra doses in the stock to mitigate such wastage and other related factors.

In the morning, we can wait for 10 people to arrive at the centre and then a vial can be opened, so that it gets fully consumed. But, as the day progresses, people may come in insufficient number, but the doses have to be given, so, the scope for wastage, he said.

Ms. Gupta, the RGSSH spokesperson, had earlier said that 22 boxes, each containing 1,200 vials of the Oxford COVID-19 vaccine, were delivered to the hospital on January 12. And, 20,000 doses of Covaxin had arrived on January 13. The Delhi government has received 2.74 lakh doses of the vaccine so far from the Centre, Chief Minister Arvind Kejriwal had said, ahead of the launch of the drive.

Every person will receive two doses, and the Centre has given 10 per cent extra in stock, in case of any mishappening, like damage of vials. There are a total of 2.4 lakh healthcare workers in Delhi who have registered for vaccination, and more doses are expected to arrive soon, he had said.

The vaccine is to be administered on four days of the week in Delhi — Monday, Tuesday, Thursday and Saturday. It will not be given on Sunday, and two others days of the week, when other regular vaccination work will be carried out.

In the first phase, only healthcare workers, who were in the forefront of the fight against the pandemic, are to be vaccinated. Each day 100 persons per site were to be administered the jabs, as per the plan, but the turnout across the country, including in Delhi, has been very low, especially at government hospitals. Asked if this issue of vaccine wastage is being addressed, Mr. Sherwal said “we are just hoping that the wastage is minimal”.

He also suggested some changes in the protocol to avoid wastage. As per the present protocol, he said, a person can only visit the centre assigned to him by the Co-WIN app for vaccination. “We will suggest to the authorities to make some changes so that a beneficiary can be sent to another nearby centre where there are unused doses. Vaccination exercise is a teamwork after all.” A person coming at the end of the day at RGSSH in Tahirpur area may be sent to the Delhi State Cancer Institute or GTB Hospital, all within 1-1.5 km radius “so that no wastage happens”, he illustrated.

COVID-19: Of Those Vaccinated, 0.18 Per Cent Were Adverse Events, Says Government

‘This Virus Is No Joke’, Says Sania Mirza As Reveals She Had Contracted COVID-19