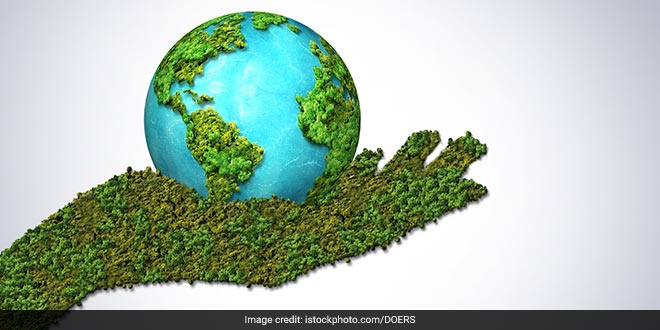 To highlight the urgency of the crisis and to push for more sustainable development, Only One Earth is the theme for this year's Environment Day

Did you know that we are using resources equivalent of 1.6 Earths to maintain our current way of life, and ecosystems cannot keep up with our demands? This is an unsustainable situation as we are using up the planet’s resources faster than nature can replenish them. If this trend is not checked then it can have a catastrophic effect on life on earth as we know it. To highlight the urgency of the crisis and to push for more sustainable development, Only One Earth is the theme for this year’s Environment Day. Since 1973, June 5 every year is observed as World Environment Day (WED). Here is why this day is considered to be one of the most important days to promote environmental action.

According to United Nations Environment Programme (UNEP), to limit global warming to 1.5 C by the end of the century, we must reduce the annual greenhouse gas emissions by 50 per cent or half by 2030.

There is a 50 per cent chance that global warming will exceed 1.5° C in the next two decades.

The climate crisis causes extreme weather events that kill or displace thousands and result in trillions of dollars worth of economic losses.

Methane, the primary component of natural gas, is responsible for more than 25 per cent of the warming we are experiencing today.

Even if we are able to achieve the scenario where net-zero is reached by 2050, global warming will continue in the short to medium term, potentially levelling off at 1.5° C above pre-industrial levels.

Investments in renewable energy can deliver high economic multipliers and are an important step on the road to decarbonisation.

Air pollution causes about 7 million premature deaths or one in nine of all deaths, every year. Nine out of ten people breathe unclean air, making it the most significant environmental health risk of our time.

In 2019, 92 per cent of people experienced air pollution in excess of the World Health Organization (WHO) safety guidelines.

As per the most recent Sustainable Development Goals (SDG) monitoring cycle, over 3 billion people are at risk because they don’t know enough about the health of surface and groundwater resources.

Ecosystem degradation affects the well-being of an estimated 3.2 billion people, which accounts as 40 per cent of the world’s population.

Restoration of 15 percent of converted land used for various purposes and further stopping the conversion of natural ecosystems could prevent 60 percent of the expected species extinctions.

Food systems, including activities like production, processing, transport, and consumption, are responsible for 80 percent of biodiversity loss.

At the current situation, annual plastic waste entering aquatic ecosystems could triple from 9-14 million tons in 2016 to 23-37 million tons by 2040.

If discarded improperly, plastic waste can harm the environment and biodiversity.

World Environment Day 2022: Only One Earth Is The Theme This Year