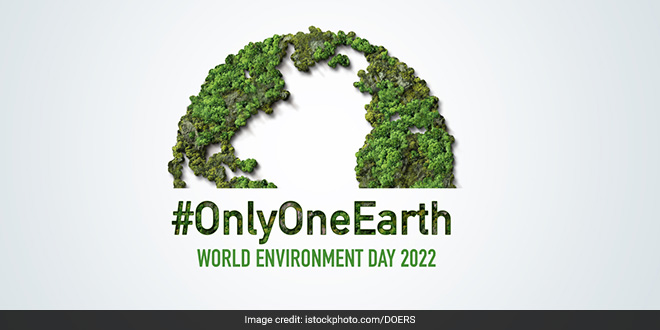 The 'Only One Earth' theme focuses on “Living Sustainably in Harmony with Nature,” as it calls for collective, transformative action on a global scale to celebrate, protect and restore our planet

About The World Environment Day 2022 Theme

The ‘Only One Earth’ theme focuses on “Living Sustainably in Harmony with Nature,” as it calls for collective, transformative action on a global scale to celebrate, protect and restore our planet.

“Only One Earth” was the slogan for the 1972 Stockholm Conference; 50 years on, this truth still holds – this planet is our only home. The 1972 United Nations Conference on the Environment in Stockholm was the first world conference to make the environment a major issue.

With nature in emergency mode, the #OnlyOneEarth campaign for World Environment Day 2022, wants you to celebrate the planet through collective environmental action. Only One Earth advocates for transformative environmental change on a global scale. The campaign shines a spotlight on climate action, nature action and pollution action while encouraging everyone, everywhere to live sustainably, the UNEP states.

It further adds that while our individual consumption choices do make a difference, it is collective action that will create the transformative environmental change we need, so we can advance to a more sustainable and just Earth, where everyone can flourish.

This UN international day has become the largest global platform for environmental outreach, with millions of people from across the world engaging to protect the planet.

2022 is a historic milestone for the global environmental community as it marks 50 years since the 1972 United Nations Conference on the Human Environment, widely seen as the first international meeting on the environment.

The 1972 Stockholm Conference encouraged the formation of environment ministries and agencies around the world and kickstarted a host of new global agreements to collectively protect the environment. It was also where the goals of poverty alleviation and environmental protection became linked, paving the way for the Sustainable Development Goals. At the Stockholm Conference, the idea of World Environment Day was formalised, with the first one being celebrated in 1973.

Climate Change Impact: Why Are Mangroves Critical For Survival Of Sundarbans?

#OnlyOneEarth: Stark Facts About Environment You Must Know