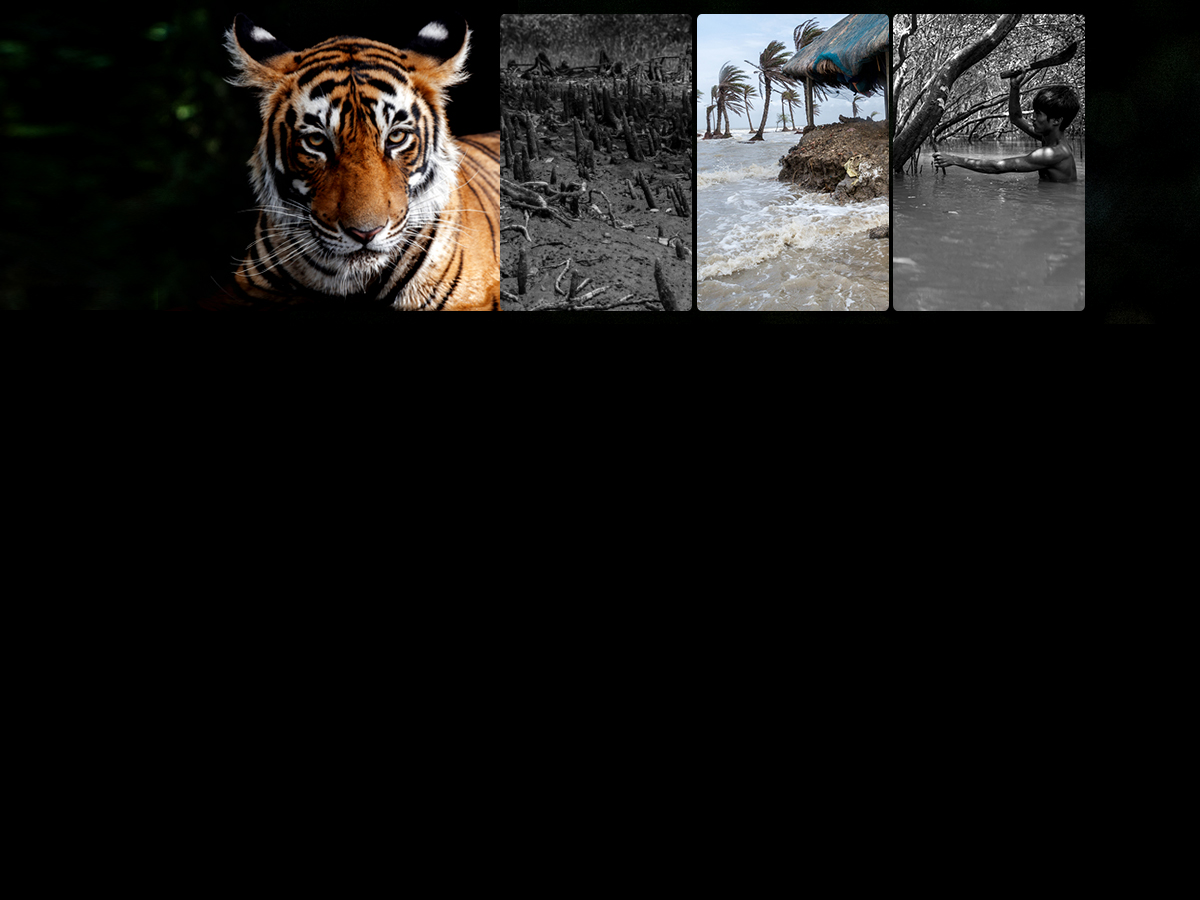 The Sundarbans – lies on the delta of the Ganges, Brahmaputra and Meghna rivers on the Bay of Bengal. According to the World Wildlife Fund India, this active delta region is among the largest in the world, measuring about 40,000 sq km. A UNESCO World Heritage Site, Sundarbans is one of the world’s largest contiguous mangrove forest spread over an area of 10,000 square kilometers, 60 per cent of which lies in Bangladesh and the rest in India. According to Sundarban National park India Official website, the 4000 sq. km of Sundarbans is on the Indian side has 102 islands, out of which 54 are inhabited and the rest are covered with forest.

Also Read: World Environment Day 2022: Only One Earth Is The Theme This Year

The unique landscape of Sundarbans with its intricate tidal waterways, rivers, creeks, backwaters, low lying islands, swamps and stretches of mudflats, provides a diverse habitat for various species of plants and animals, be it terrestrial or aquatic.

Home to the endangered Royal Bengal Tiger, it is the only mangrove tiger habitat in the world. According to World Heritage Convention (UNESCO), apart from the tiger, some of the other threatened species of the area are estuarine crocodile, Gangetic Dolphin, Olive Ridley Turtle and Water Monitor Lizard.

One of the reasons why it is tagged as the UNESCO world heritage site is because it is the only remaining habitat in the lower Bengal Basin, which has a wide variety of faunal species, states World Heritage Convention (UNESCO).

Sundarbans gets its name from Sundari, the local name of the mangrove species, Heritierafomes Buch-Ham. (ME). Sundari means beautiful in Bangla. Broadly, there are two types of mangroves – freshwater loving and saltwater loving. Species like Sundari and Nipa love fresh water whereas Avicennia (grey mangrove or white mangrove) can sustain high salinity. Due to the lack of availability of freshwater in Indian Sundarbans, species like Sundari, which used to be dominant specie, is disappearing. Gradually, all fresh water loving mangrove species are now getting replaced with the ones that can withstand salinity.

According to World Heritage Convention (UNESCO), Sundarban’s exceptional biodiversity is expressed in a wide range of flora with 334 plant species and fauna with 693 species 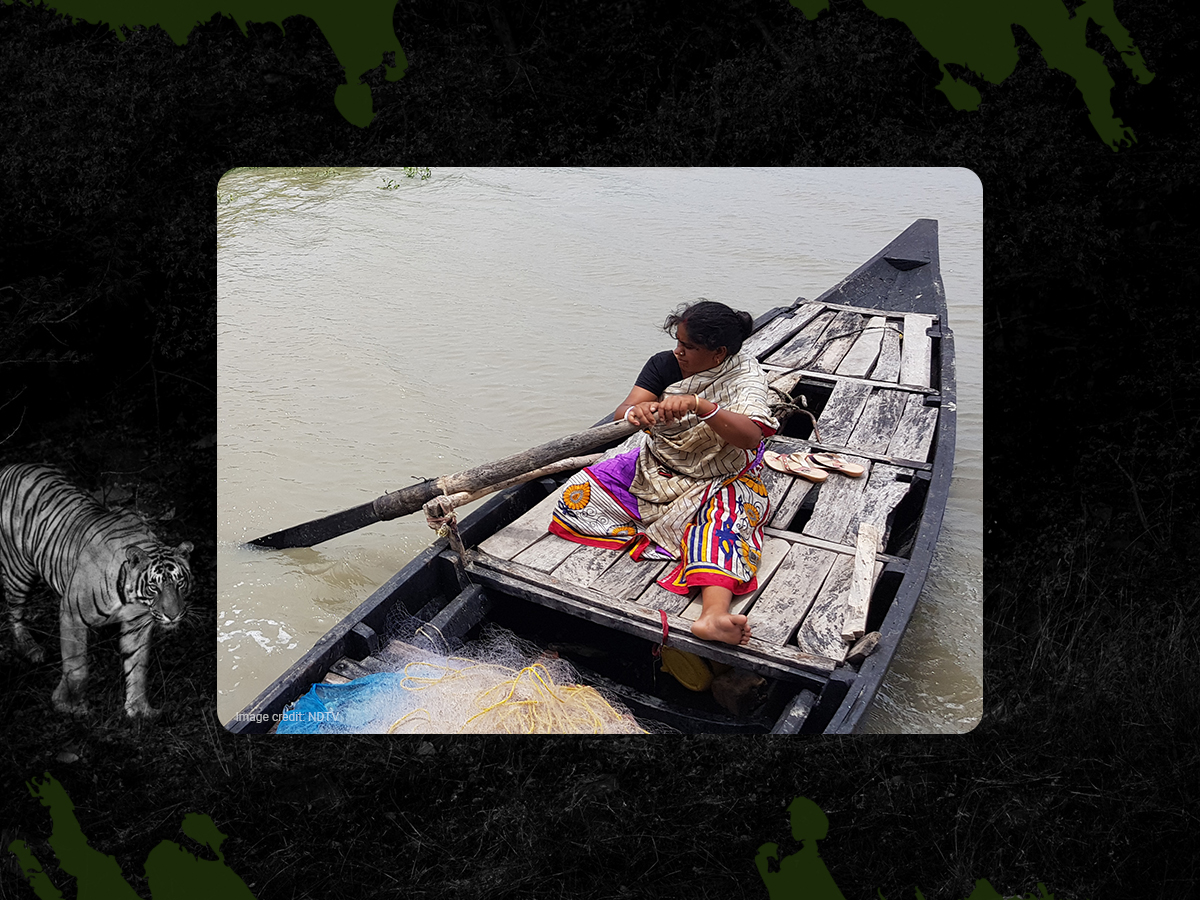 Sundarbans On The Frontlines Of Climate Change

Slowly but steadily climate change is transforming the reality of Sundarbans. Home to a large human population - 4.5 million in India, as per World Wildlife Fund, the consequences of climate change are hitting lives and livelihoods hard. With the ocean swallowing up land in the world’s largest mangrove forest, humans and tigers are being squeezed into an ever-shrinking space. Flooding of low-lying deltas, the retreat of shorelines, salinisation and acidification of soils, and changes in the water table, Sundarbans is dealing with all kinds of dire consequences.  According to World Wildlife Fund, four islands have vanished in Sundarbans due to the effects of climate change in the last 25 years — Bedford, Lohachara, Kabasgadi, and Suparibhanga. Lohachara became well-known as the world's first inhabited island to be submerged in 2006. Read More: How Climatic Change Is Depleting Lives in Sundarbans

Sagar, a delta island with a population of 200,000 in the Bay of Bengal has lost almost 12 per cent of its shoreline to coastal erosion in the last four decades, according to NASA Landsat satellite imagery. The region today serves as a prominent climate change “hotspot” for climate researchers. NASA Landsat satellite imagery also shows that the sea level has risen in the Sundarbans by an average of 3 centimeters (1.2 inches) a year, over the past two decades, leading to one of the fastest rates of coastal erosion in the world.

The fast-encroaching sea, driven by climate change, has also eaten away at the hunting grounds of the Sundarbans’ famous Bengal tigers, pushing them to target livestock of villagers and increasingly, the villagers themselves. Not just that, the Forest Survey of India states that in the last decade, very dense mangrove cover in West Bengal has declined by 4.23 per cent - from 1,038 square km in 2011 to 994 square km in 2021. 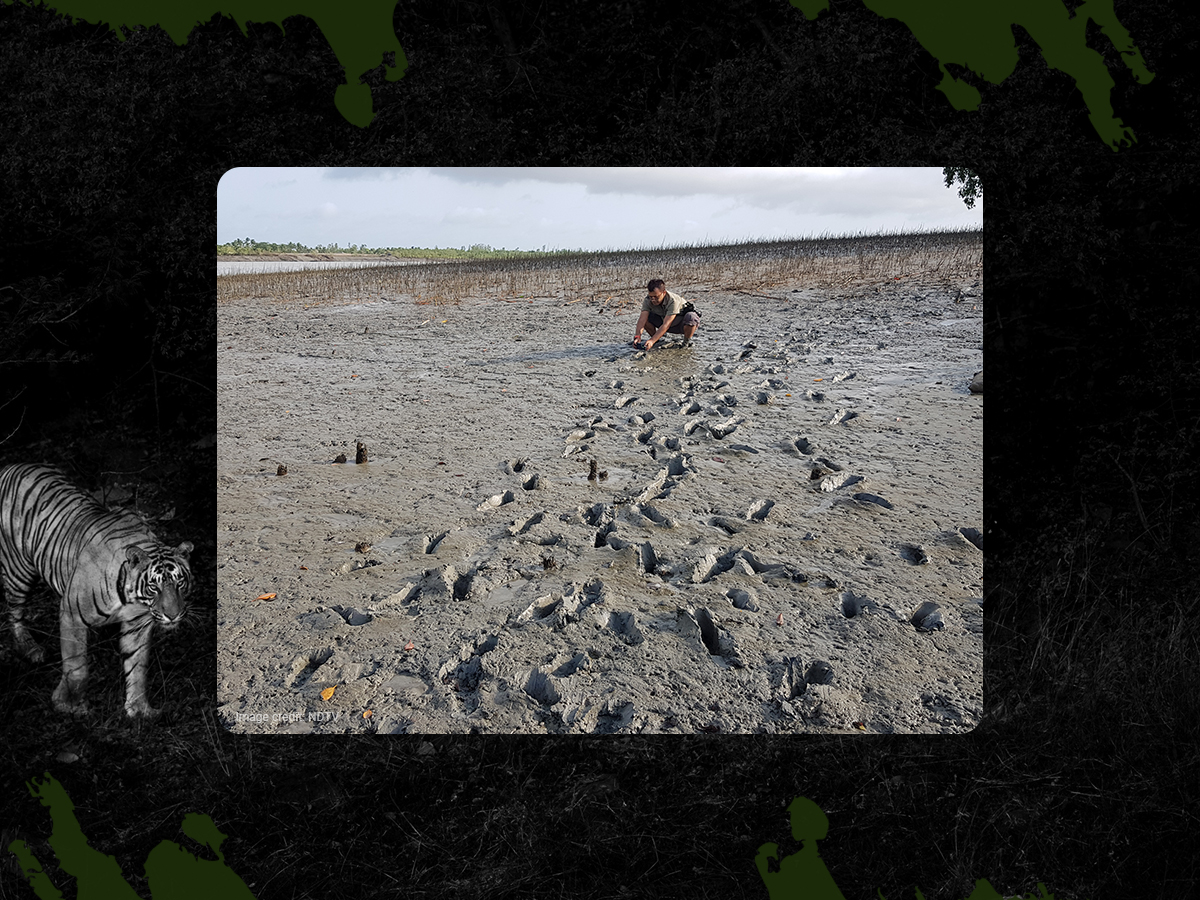 Why Saving The Natural Heritage Of Sundarbans Is Important

According to the report, ‘The Benefits of Natural World Heritage’ by the International Union for Conservation of Nature (IUCN) and United Nations Environment Programme (UNEP), natural World Heritage sites like Sundarbans provide many benefits that contribute significantly to human well-being. For example, the forests found in World Heritage sites, like Sundarbans along with others across the tropical regions store 5.7 billion tons of carbon, and two-thirds of natural sites on the UNESCO World Heritage List are crucial sources of water for millions of people. The Sundarbans also serve as a natural buffer against cyclones in the Bay of Bengal, which receives 10 percent of the world’s tropical cyclones, according to the World Heritage Committee report. The report adds, if not for Sundarbans, India and Bangladesh would have had to spend $300 million on just protective flood infrastructures like embankments and seawalls.

Geographically, India and Bangladesh share the largest deltas in the World—the Ganga, Meghna, and Brahmaputra (GMB) Delta. Millions of people in the Indian part of the Sundarbans and the Bangladesh Sundarbans Delta have been experiencing storm surges and cyclones over the past seven years. There has been a constant rise in such events in past few years, states the India Meteorological Department (IMD) analysis.

According to the analysis, in last three years alone, Sundarbans was impacted by one major cyclone after another — Bulbul in 2019, Amphan in 2020, Yaas and Jawad in 2021.  The Council on Energy, Environment and Water – a think tank based in Delhi states that the frequency of cyclones in 15 West Bengal districts, has increased five-fold between 1970 and 2019. It also states that areas in and around the Sundarbans are an “extreme climate hotspot” due to cyclone impacts. IMD states that the cyclones in Arabian sea and Bay of Bengal has risen by 11 per cent in last decade, with an alarming 32 per cent increase in the last five years.  The IMD analysis that has been studying West Bengal’s South 24 Parganas district, within which the larger share of the Sundarbans is located, also mentions that the district is impacted by cyclones most frequently among any Indian districts. The Consequences of Frequent Cyclones: According to experts, almost all types of communicable diseases primarily related to respiratory and gastro-intestinal systems are highly prevalent in Sundarbans. Prof Barun Kanjilal of The Indian Institute of Health Management Research (IIHMR), who has been studying the region, was quoted by a news agency PTI saying that children in Sundarbans are the worst affected with chronic malnutrition, diarrhoea and other common childhood illnesses. He said, “Transient climatic shocks have made the child health worse through the pathway of chronic poverty, low resilience, physical and social barriers to health seeking as well as ineffective service delivery system.” He explained that when climate events like cyclones destroy crops, lands or houses, it affects the food security of the people, ultimately causing undernutrition through reduction in calorie intake. In addition to this is the problem of disease outbreaks, which are caused with instances of coastal erosion, flooding and cyclone. Read More: How Has Climate Change Impacted Food Security In India’s Sundarbans After Cyclone Aila in 2009, Dr Pradeep Vyas, IFS (Retired), Ex-Chief Wildlife Warden, West Bengal did a study and found that even after a year of the cyclone, 23 per cent of the agricultural land could not be cultivated. As a result, people had to move from agriculture to aquaculture and enter forest areas for their livelihood. 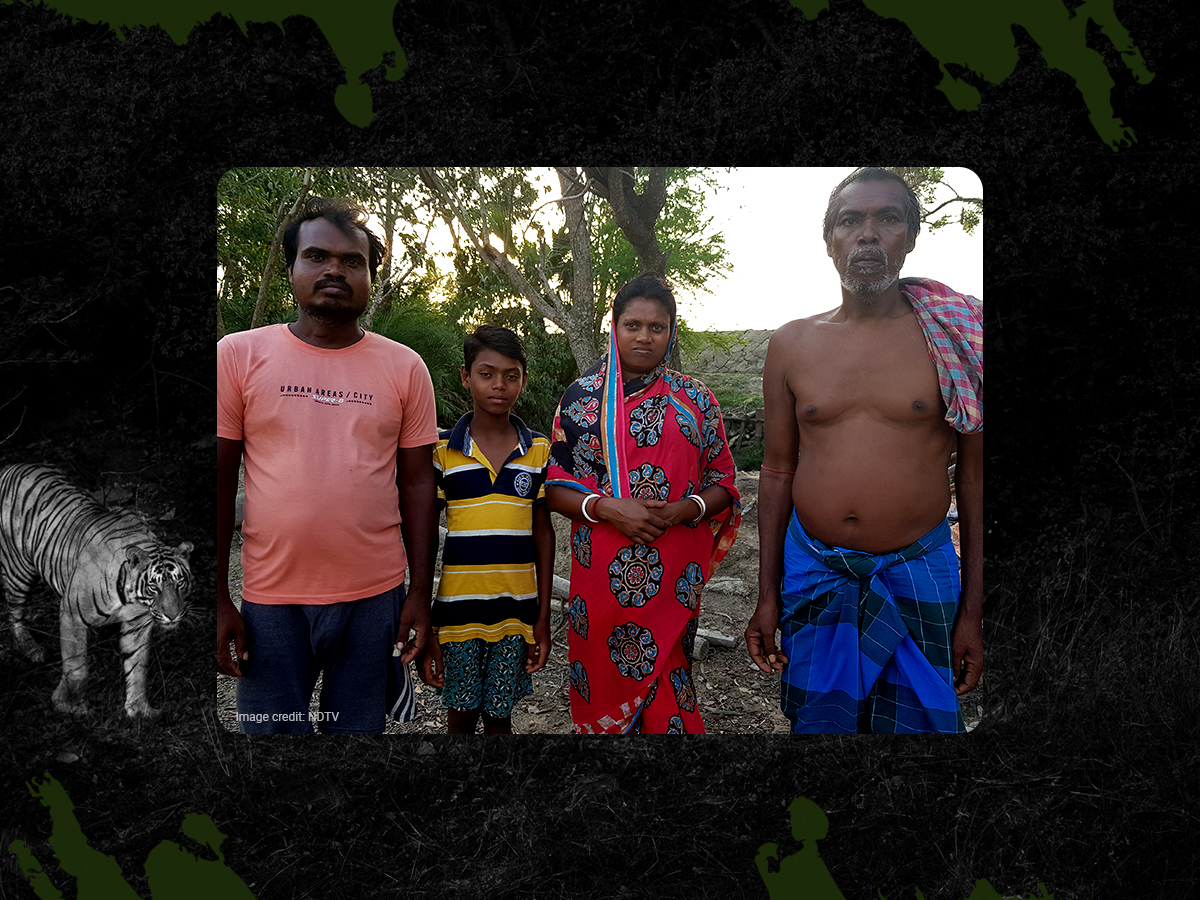 Ground Report From Sundarbans On The Health Impact Of Climate Change

Women wading through waist and some even neck deep in brackish water, dragging rectangular nets in the rivers and creeks, is a common sight in the Indian Sundarbans. These women are involved in fishing and crab and prawn collection for living. Over the years, the saline water has increased in the Indian counterpart of Sundarbans due to three main reasons - the eastward shift of the mouth of the Ganges; lack of freshwater; rise in sea level. Unaware of the health implications of spending hours in saline water, these women risk their lives and develop skin diseases and fungal lesions.

Read More: Rising Salinity And Sea Level Pose Multiple Health Challenges To The 4.5 Million People Of Sundarbans According to a study “Child Health in the Sundarbans: How Far Do Mutually Reinforcing Shocks Act As Contextual Determinants?”, published in the Journal of Health Management, childhood chronic under-nutrition and common childhood illness are highly prevalent in the delta region of the Sundarbans of West Bengal, India. “Climatic shocks make child health worse through the pathway of chronic poverty, low resilience, physical and social barriers to health-seeking as well as ineffective service delivery systems”, noted the study. Locals like 48-year-old Ganga Ghosh from Amlamethi village in Gosaba Block have also reported an increase in the population of mosquitoes, cases of dysentery, vomiting, fever and other such ailments after every natural calamity. Read More: Sundarbans, The Cyclone Capital Of India: The Direct Impact Of Cyclones On Health What adds to these health issues is the geography of the largest delta of the world which makes access to healthcare another challenge. “You might have a static healthcare centre but it’s difficult for many to access it. One has to cross water bodies which takes time”, said Dr Samiran Panda, Additional Director General, ICMR and Head of the Epidemiology and Communicable Diseases. Read More: Geographical Vulnerability, A Make Or Break For Access To Healthcare In Sundarbans 32-year-old Sanjukta Manna from Ramnagar Abad village located in Patharpratima subdivision of South 24 Parganas works at an NGO-run school and is involved in admin work. She lives near the river which means that during storms and cyclones, she is one of the major affected victims. A health centre is around 4kms away from her house but for emergencies, she has to visit a government hospital located in the Diamond Harbour, 20kms away from her house. 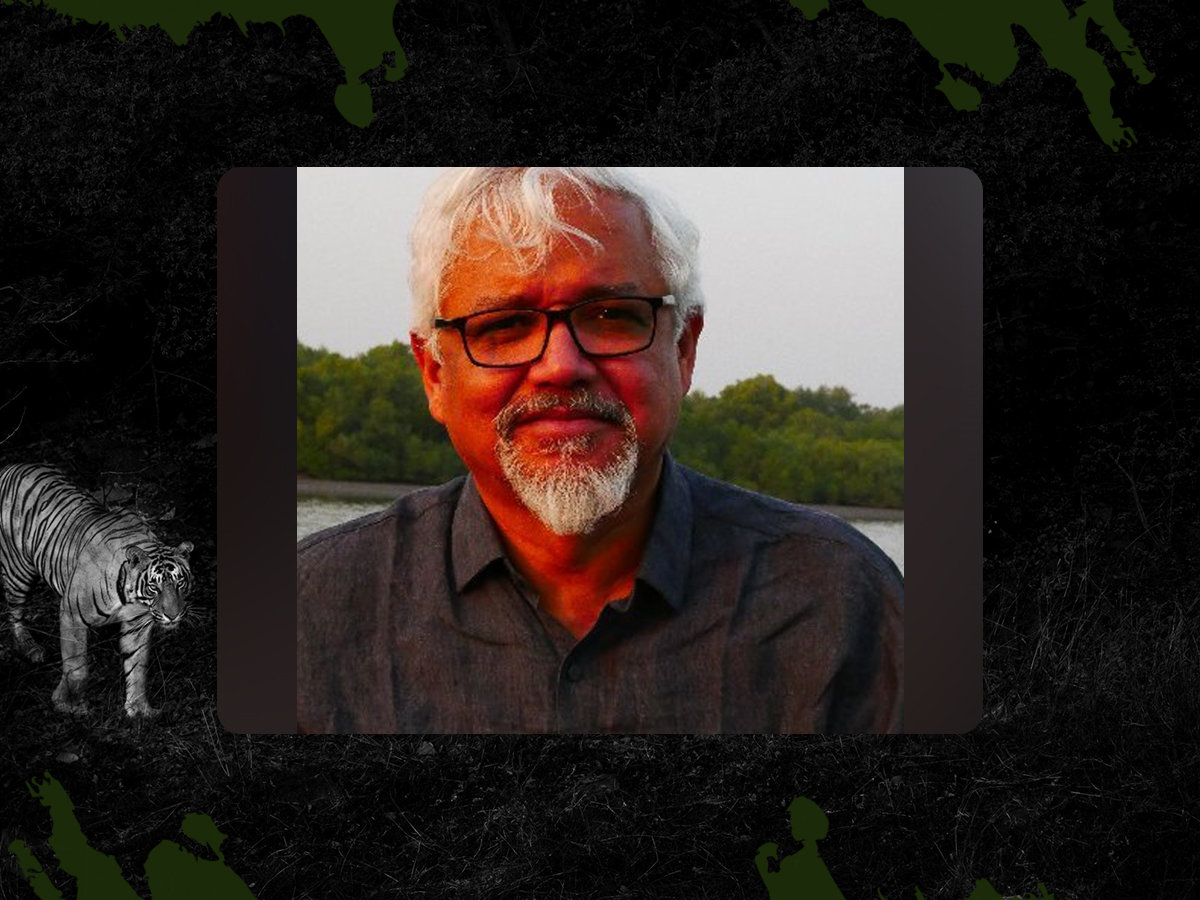 Sundarbans And Climate Change In The Works Of Amitav Ghosh

To mark World Environment Day, team Banega Swasth India spoke with acclaimed writer and Jnanpith Award, Amitav Ghosh. Mr Ghosh through most of his work highlighting the climate crisis has been warning everyone of the mistakes made in the past and the lessons not learnt. He tags climate change as “slow violence” and adds, “it is like a war with another name.” Mr Ghosh asserts that India is heading towards a disaster with climate change and underlines the astonishing fact that everyone seems to be weirdly normal about the change. He adds, “Everything seems to be weirdly normal and that is the most unsettling thing.” Mr Ghosh tags the cycle of production and consumption as the drivers of climate change, he says, “We have grown used to the climate crisis, this entire cycle of consumption and production. The COVID pandemic, plus climate change, migration crisis, wars we are seeing now - are all the symptoms of incredible acceleration of production and consumption that have overtaken the world. That is really pointing us towards the global catastrophe.” Sundarbans has been an integral part of the plot for many of Mr Ghosh’s books. Talking about Sundarbans and how it keeps motivating him to keep writing about it, he said, “Sundarbans is a very powerful landscape. Sundarbans is actually what opened my eyes to climate change way back in 2000, when I was there researching for my novel The Hungry Tide.” He highlights the impact of climate change on Sundarbans and added, “The islands and mangroves are disappearing, sea-levels are rising, species of animals and plants are fading away..” Read More: Amitav Ghosh And His Work On Sundarbans And Climate Change 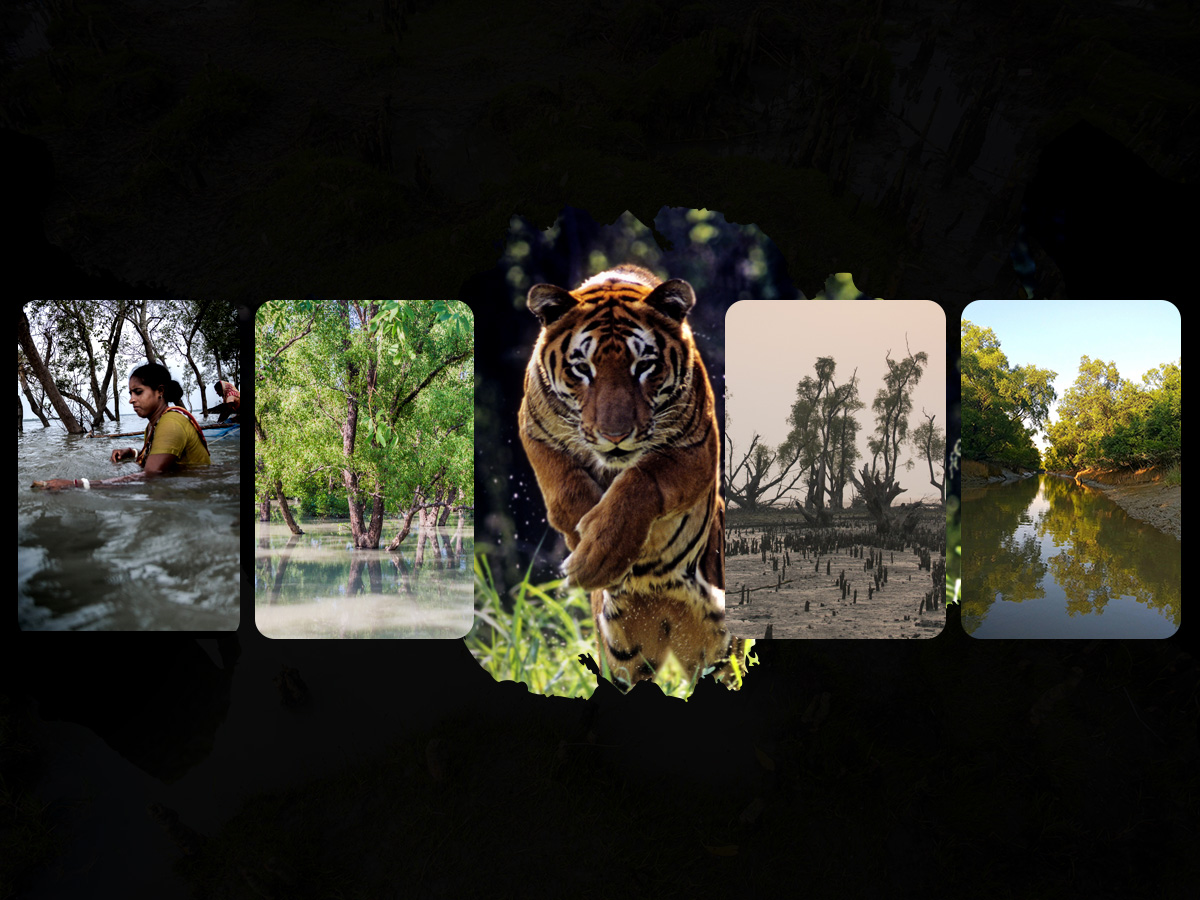