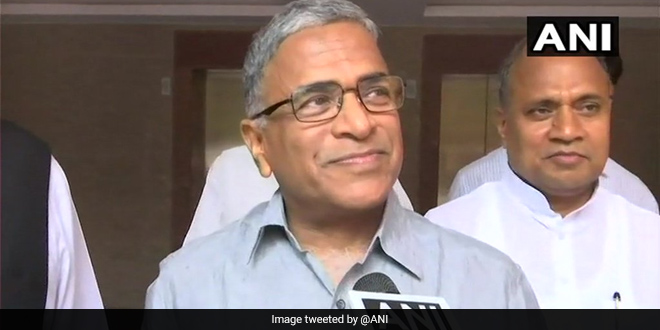 “No one was ready to believe earlier that India will become open defecation free in such a short period of time. Now, it has become a reality. This is a very big achievement especially on the occasion of the 150th birth anniversary of Mahatma Gandhi,” he told ANI.

Mr Singh said that cleanliness has a direct relationship with good health and economic development.

“I would like to remind you that in 1952, Vinoba Bhave had launched cleanliness drive in Kashi. Ram Manohar Lohia had said in the past that how women are facing problems due to unavailability of toilets in rural India. They had to defecate in the open,” he said.

“Making so many toilets was unimaginable in India but it has happened. Now, the country is set to achieve another milestone to become open defecation free,” Mr Singh remarked.

Mr Singh also said it is very important to accept Gandhian values for the greater good of society.

Prime Minister Narendra Modi is slated to visit the Sabarmati Ashram in Ahmedabad later today and is expected to declare the country open defecation free.

The Centre is also expected to announce a ban on single-use plastics to pave the way for the country to eliminate it completely by 2022.

Aaditya Thackeray Spoke About Preventive Healthcare At The 12-Hour Swasthagraha