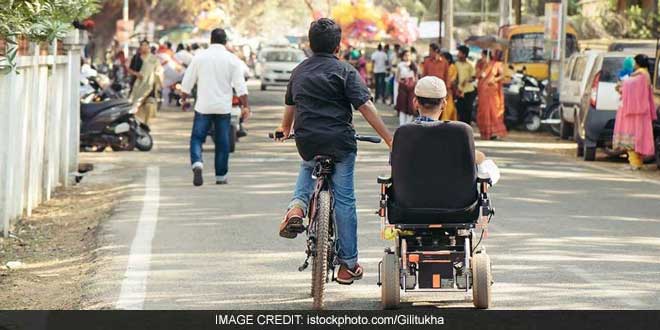 Launched with much fanfare in 2015, the “Accessible India” campaign was based on three verticals: the built environment, transport and the Information and Communications Technology (ICT) ecosystem. However, today, seven years since the launch of the campaign, not much has changed on the ground. This is evident from the humiliation, a wheelchair user, Shrishti, was subjected to when she sought to visit a restaurant in Gurgaon, a week ago. A few years earlier, a disability rights activist, Nipun Malhotra, also a wheelchair user like Shrishti, was denied entry to a pub in New Delhi. Thanks to social media, these two cases received some amount of attention, but countless others go unreported every day.

In both these cases, it was not the physical inaccessibility of the premises that led to a denial of access, but the preconceived notions of personnel operating these places who presumed that the presence of wheelchair users would “disturb” customers. While the behaviour of the staff is reprehensible, their attitudes need to be seen within the larger context of society’s treatment of disabled persons and systemic ableism.

People with disabilities largely being invisible, arouse some amount of curiosity, when seen at such places and this is more pronounced when the impairment is much more severe and doesn’t seem to be fitting the “norm”. The reasons for the invisibility are numerous. Apart from stigma and various ta-boos along with negative attitudes and mindsets, the issue of accessibility is an impediment for the persons with disabilities in using public spaces and various utilities and services, including but not limited to educational institutions, public transport, restaurants, shops, theatres, banks, IT (Information Technology) enabled services etc.

Since the disabled are not a homogenous group, their access needs are diverse. Therefore, while a properly-constructed ramp may provide accessibility at the entry point for a wheelchair user, the elderly and those with mobility issues, this does not make the building fully accessible. If the place to be visited is on an upper floor, does the building have an accessible elevator; whether the place has an accessible toilet; whether it has signages in braille, whether there is the availability of a sign language interpreter, are all questions that need to be answered.

That we are nowhere near to complying with the mandate of the time limit of five years set by the Rights of Persons with Disabilities Act, 2016 is very much evident. On December 3, 2021, the President of India stepped down from the stage at the Vigyan Bhawan to hand over awards to a few wheelchair users during the national awards for disabled people. The prestigious venue, maintained by the Central Public Works Department, does not have a ramp. While others would have interpreted it as the large-heartedness of the President, the awardees felt humiliated that they were denied the opportunity to be on stage.

When in Geneva in 2019, I was amazed at the respect and courtesy extended to the disabled. If there was a wheelchair user waiting at a bus stand, the bus driver (there are no conductors) would open the foldable ramp to let the passenger board and would do the same while alighting. Despite widespread talk of inclusion, this kind of dignified treatment remains a distant dream in our context.

It is worth noting that as a point of contrast, as late as January 2022, tender-ing for 5585 electric buses by the Convergence Energy Services Limited (on behalf of various transport corporations) fails to comply with accessibility standards as well as the mandates of the Rights of Persons with Disabilities Act, 2016. In Delhi, while the Delhi Transport Corporation (DTC) is purchasing only low floor buses, buses under the cluster scheme by the very same DTC are of the standard floor!

In June 2021 the President of India boarded a special saloon from the Safdarjung Railway Station in Delhi to go to Kanpur. What stood out during the visit was the use of temporary ramps both at Safdarjung as well as the Kanpur stations for boarding and deboarding of the President and his entourage. But when this will become a reality for the ordinary elderly and disabled passengers is anybody’s guess.

Additionally, with the fast pace of technological advances, a host of services are now going online. However, many of these websites use captchas that are not screen-reader friendly, thereby excluding visually impaired users. TV and broadcast media are widely inaccessible for those with hearing and visual impairment, even though a range of technologies exist for closed captioning and audio description.

While the challenges are immense, the response has been far from adequate. Inadequate budgetary allocations is a major hurdle to meet the targets set by the “Accessible India” campaign itself, let alone overcoming the prejudices and generating awareness.

(Muralidharan Vishwanath is General Secretary of the National Platform for the Rights of the Disabled, a Delhi based non-profit organisation working on the right of the persons with disabilities)

UNEP Report Says India Among Countries With Rising Incidences Of Wildfires, Offers Solutions To Prevent It