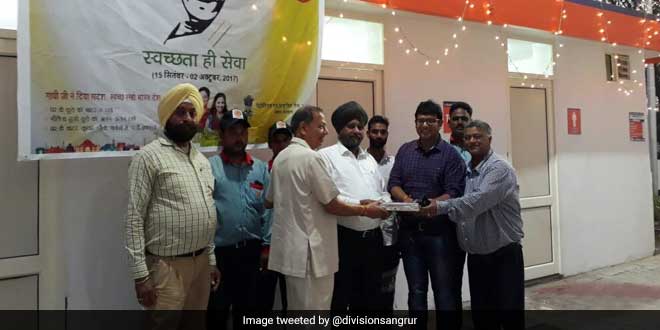 The civic body has identified areas of Mathura Colony, Tafazalpura and Grace Basti as the three primary areas where 20 community toilets will be constructed. All these toilets will be equipped with eight toilet seats and will be constructed 1 kilometre apart from each other, as per Swachh Bharat Mission (Urban) guidelines. Patiala Municipal Corporation has received a funding of Rs 1.25 crore for the construction project, of the requested Rs 2 crore from the state government. The civic body has completed planning and identified all the sites where the construction will take place, due to begin from this week.

The deadline for making Patiala ODF has been identified as September 30, and we will try to complete construction of these 20 community toilets within that timeframe. The city already has more than 50 public and community toilets, but three areas were lacking. Once these areas are covered by adequate public toilets, Patiala will become open defecation free, said Ankur Mahendru, Joint Commissioner, Patiala Municipal Corporation.

Patiala Municipal Corporation has also ordered for procurement of four mobile toilets, due to arrive in the city within the next two weeks. The mobile toilets will be installed in areas where the number of individual household toilets is low, and there is not enough space to construct public toilets. Despite low number of open defecation instances being reported in Patiala, the municipal corporation plans to continue working on providing more household and public toilets to people.

“Even if we gain the ODF status by the end of September, our plan is to provide household toilets to at least 1,200 more houses. More individual household toilets eases the burden on public and community toilets, which then become easier to maintain. We are especially focusing on seven to eight slum areas from where the number of household toilet applications is high. Once we finish constructing the toilets by the end of the year, a number of people will have access to sanitation facilities in their own households,” said Mr Mahendru

Patiala’s resolve in working towards its ODF deadline while completing construction of twenty public toilets is a good move. The city civic body’s zeal to continue working on providing more household toilets in the city complements the civic body’s plans to provide multiple sanitation options to people, so that they do not revert to open defecation again.

Related Topics:
punjab Toilets
Up Next