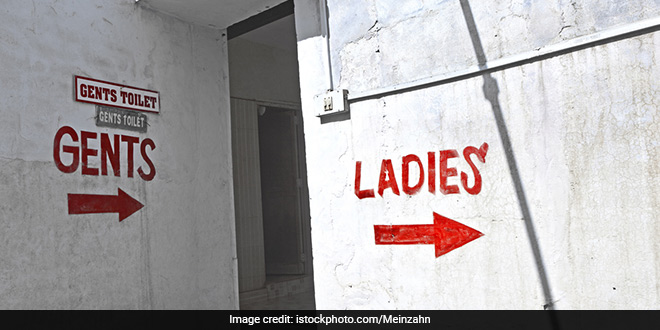 New Delhi: The sanitation scenario of Punjab’s urban local bodies (ULBs) has improved dramatically over the last 10 months. In August 2017, none of the 167 ULBs in the state were open defecation free (ODF), and by October, only 41 ULBs (20 in Amritsar and 21 in Ludhiana) got the ODF certification. And now, over 130 ULBs have attained the open defecation free status, while the remaining 37 have been instructed to speed up to become ODF by end of this month. According to Punjab’s Swachh Bharat Mission Director, Ajoy Sharma, all of the cities and towns in the state are aiming to become ODF by June 30, though the deadline is October 2, 2018. And to achieve the target of constructing individual household toilets and community and public toilets, the state government’s Department of Water Supply and Sanitation has already released Rs 40.82 crore.

Also Read: Ludhiana Aims To Achieve Its ODF Dream By End Of June, Will Install 200 Mobile Toilets In The City

Even the Urban Local Bodies Minister Navjot Singh Sidhu said that Punjab has made great strides in eradicating the menace of open defecation from the state and assured that by the end of June 2018, Punjab would be completely free from the menace of open defecation. The minister also urged everyone to devote themselves wholeheartedly to ensure that Punjab emerges at the top in terms of cleanliness and healthy environment. He said:

The cleanliness is a realisation of being aware about making sincere efforts in promoting the cause of hygienic environment so as to leave a clean and green legacy for our coming generations. Where there is cleanliness, there is health.

Throwing light on the steps being initiated by the Punjab government to make the state ODF, Ajoy Sharma, who is also CEO of Punjab Municipal Infrastructure Development Company, informed NDTV that the state sanitation department has constructed 6,887 public toilet facilities and a total of 587 community toilets. “Of the 130 ULBs that are ODF, over 70 have received certification from the Quality Council of India (QCI) based on various criterion pertaining to being open defecation free and achieving tidy and beautified look,” he said.

Earlier, Punjab was among the laggard states in terms of sanitation coverage, and now we are on the verge of becoming ODF. Achieving this feat would not have been possible without over 500 swachh motivators, who are working towards this noble cause with full dedication… even in extreme weather conditions (46 degree Celsius during summer months). These motivators are not only motivating people to construct individual household toilets but also pushing municipal corporations to do their duty, who were of the viewpoint that providing toilet facilities isn’t their job, Mr Sharma added.

Also Read: Now A Selfie Campaign In Punjab To Encourage People To Use Toilets

Talking about creating a pool of Swachh motivators, Mr Sharma highlighted that the sanitation department invested major portion of the money (3-4 crore) which they got as part of Swachh Bharat Abhiyan to undergo Information, Education and Communication (IEC) activities on interpersonal communication. “Rather than investing on advertising to create awareness among people about the hazards of open defecation, we invested the same money on these swachh motivators, who went from house to house and from municipality to municipality to ensure that there’s a toilet available for every individual in the state,” the Swachh Bharat Mission Director of Punjab added.

Also, I feel honoured to inform that two cities of Punjab performed well in the Swachhata Survekshan 2018. Bhadson city in Patiala district was awarded the cleanest city in north India in the category of under one lakh population, while the Moonak city in Sangrur district was declared best city in terms of Citizen’s Feedback in the north zone. Such positive results indicate THE greater role of communities, awareness and interest among residents with regards to cleanliness and higher standards of sanitation, Mr Sharma further added.

In terms of sanitation coverage in rural Punjab, which is home to about 12,763 villages, the state has self-declared itself open defecation free post the construction of over 2.5 lakh toilets (2,64,288) after the launch of Swachh Bharat Mission in 2014. The process of ODF validation by the third party is still underway.

Since April this year, we are advertising across the state that all panchayats are open defecation free, and urging people to kindly report if there’s any gram panchayat, village or block that is still following the practice of open defecation. So far, we have received complaints regarding over 1600 homes (of the 80 lakh homes)… and now we are working on a mission mode to address the complaints and ensure that no individual defecateS in the open. In the coming months, we will get all of the gram panchayats certified as open defecation free, said Mohd. Ishfaq, Director, Sanitation Department of Punjab.

The government’s sanitation department under the “Tandrust Punjab” (Healthy Punjab) mission apart from eradicating open defecation has also pledged to provide clean drinking water and clean air to breathe – all this is being done to make Punjab India’s healthiest state.