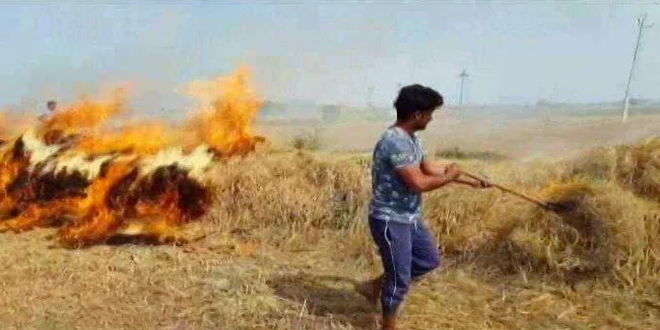 New Delhi: Come winters and Delhi reels under severe levels of air pollution every year. Reason behind increase in levels of pollutants like Particulate Matter 2.5 (PM 2.5) and PM 10 is usually low wind velocity, drop in temperature and external factors which prominently include crop burning in northern states of India. Last year in November and December, during and after Diwali, air quality Index (AQI) oscillated between ‘severe’ and ‘emergency’ levels. Back then, the reasons ranged from dust from construction and demolition, stubble burning, vehicular emission, smoke from factories and industries, and burning of fossil fuels.

Also Read: It’s Only October And India’s Air Quality Index Is Rocketing, It Is Making Us Sick: Dia Mirza

Currently, it is only first week of October and AQI in Delhi is at 256, as against the ideal AQI 0-50, thus falling under poor category, as per System of Air Quality and Weather Forecasting And Research (SAFAR). To make sure history does not repeat itself, Delhi Environment Minister Imran Hussain on Monday (October 8), issued a statement on stubble burning and adverse changes in the air quality. In his statement, the minister very clearly said, if governments of northern states of India don’t initiate effective steps, then Delhi government will be left with no other option, but to move the courts and seek their intervention.

The statement read, “Delhi government has noted with serious concern reports in the print and electronic media that stubble burning has started in some northern states, which will have an extremely detrimental effect on the ambient air quality of the national capital in coming days. In case effective steps to mitigate the menace of stubble burning are not initiated by the respective state governments, the Delhi government may be left with no other option but to knock the doors of appropriate courts of law to seek their intervention and seek directions for time-bound effective actions by the Centre and concerned state governments.”

Indirectly, the minister asked state governments to come up with convenient and cost-effective ways to deal with the paddy stubble and phase out the practice of stubble burning in the states of Punjab, Rajasthan, Haryana and Uttar Pradesh.

This is not the first time Mr. Hussain has raised the issue of stubble burning and air pollution in Delhi. On September 13, in a letter to Dr. Harsh Vardhan, Mr. Hussain requested him to direct neighbouring state governments to curb crop burning in their respective states. He also asked Mr. Vardhan to convene a meeting at his level.

Have written letter to Union Env Min @drharshvardhan requesting him to direct neighbouring state govts of Punjab, Haryana, Rajasthan & UP to take air pollution control measures due to crop residue burning. Have also requested him to convene a meeting at his level in this regard. pic.twitter.com/vkCdop7vuP

Though there is a ban on stubble burning, farmers are expected to burn stubble, this year as well. President of Bharatiya Kisan Union, Balbir Singh Rajewal, told ANI, that he and many other like him are aware of the consequences of stubble burning, but they don’t have any other option especially machinery, which was promised to them at a subsidised rate by the government.

Also Read: Despite Ban, Ludhiana Farmers To Burn Stubble Even This Year