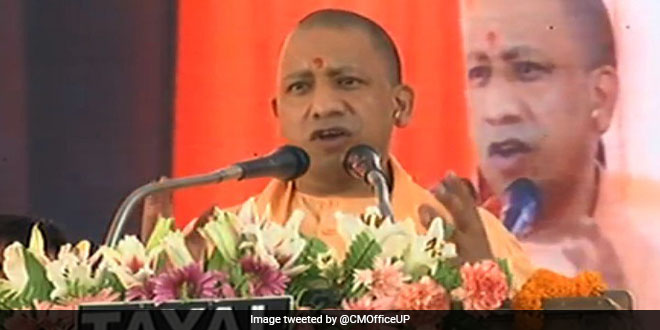 New Delhi: Weeks after Maharashtra declared blanket ban on plastic, Uttar Pradesh Chief Minister Yogi Adityanath, on Friday (July 5) announced a ban on plastic in the state from July 15. The Chief Minister took it to social media and said, “We have decided to prohibit plastics in all states from July 15. I appeal that after July 15, plastic cups, glass and polythene are not used at any level. This will require participation from all of you.”

Uttar Pradesh government has yet not announced whether offenders will be penalised or not.

This is not the first time that Uttar Pradesh government has implemented ban on plastic products. On December 12, 2015, complete ban on sale, use and transportation of plastic bags was implemented in the state. But later, some alterations were made on the ban, courtesy lobbying in the state by different stakeholders. From blanket ban, a partial ban on bags with thickness below 50 microns was implemented.

The plastic ban was again enforced in January 2016 and 2017, but everytime authorities failed to implement the ban effectively.

State-wide ban on plastic products in Maharashtra came into effect on June 23. In Maharashtra, a fine of Rs. 5,000 is levied on first time violators, second and third time violators are charged Rs. 10,000 and Rs. 25,000 respectively. Third time offenders can also face upto three months of imprisonment.