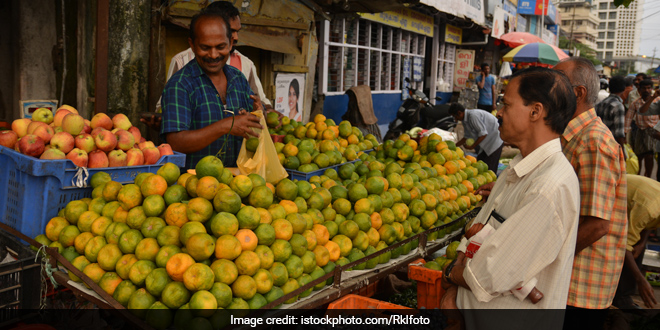 Mumbai: On June 23, 2018 India’s second most populous state Maharashtra became the 18th state to ban plastic. As consumers, sellers, manufacturers ditched plastic items following the ban, eco-friendly alternatives like cloth bags, paper cups, edible cutlery made their way in on the first day of the ban. While officials in Mumbai opted for a lenient approach, educating and warning people about the newly imposed ban, officials in cities like Nagpur and Pune went all out and fined people possessing banned plastic items.

“It’s not that we aren’t facing any difficulties, but it will be beneficial for us in the long run. We are happy with the decision,” a resident of Mumbai told ANI.

After Maharashtra govt enforced a ban on a wide range of single-use plastic items & thermocol in the state, residents of Mumbai say, "it's not that we aren't facing any difficulties, but it will be beneficial for us in the long run. We are happy with the decision" pic.twitter.com/v2lNUsGsaj

“We had to stop the usage of plastics at some point considering the huge volumes of plastic choking our waters and landfills. Yes, people will face difficulties in the beginning but once we get habituated with it, the process will be smoother. People will have to consciously make choices that will either harm the environment or improve it,” says Sujata Narayan, a homemaker from Thane.

The move to ban single use plastic items was initiated last year by state environment minister Ramdas Kadam and Yuva Sena chief Aaditya Thackeray. A few months later, on Gudi Padwa Day in March this year, the state government issued a notification on the ban and gave a three-month buffer time to the citizens to make the big switch.

On the first day of the ban, Mr Thackeray thanked the citizens for making ‘beat plastic pollution’ a movement and said, “I congratulate the citizens for making this into a movement, even before the ban was enforceable, giving up single use disposable plastic. Many restaurants, hotels have given up straws as well. We are taking steps towards cleaner rivers, oceans and closer by, cleaner nullahs.”

I congratulate the citizens for making this into a movement, even before the ban was enforceable, giving up single use disposable plastic. Many restaurants, hotels have given up straws as well. We are taking steps towards cleaner rivers, oceans and closer by, cleaner nullahs

“The ban on single use disposable plastic includes a ban on plastic cups, plastic bags, plastic straws, plastic plates & cutlery, styrofoam cutlery and non-woven bags. These items are a global issue now and we have taken a step to combat it, better our planet,” he tweeted.

The netizens also supported the ban and pledged towards giving a better environment to the future generations.

Here’s what they had to say:

Let's support #PlasticBan .
The ban has made everyone in #Maharashtra realize how inseparable was the use of plastic in daily lives as if it was a basic life necessity.
Nice step with #MaharashtraPlasticBan as it will #saveoceans ,marine & wild life and water clogging incidents. pic.twitter.com/y104Z0tay6

Plastic ban in Maharashtra is as unscientific & unresearched as pollution control norms for industries.

But then give something to citizens to play & that too if possible play against each other.

Be it environmental or political, virtue signalling on this matter is on steroids.

I’m in India right now in a Maharashtra state, and the government banned to use certain #plastic items. This is such an amazing move!! I completely understand it’s going to make certain people’s life inconvenient, but this is the best move to save our planet! #PlasticBan pic.twitter.com/EHWyuRDcFp

Wife says take the pressure cooker to the butcher while buying mutton tomorrow. #SundaySpecial should not cost us ₹5000!! #PlasticBan #Maharashtra

Maharashtra is leading the way towards #PlasticBan and making the world a better place. All states should follow.

Totally supporting Maharashtra #plasticban, but absolutely not supporting criminalizing and heavy fining of common people who just still are in possession of an item that was perfectly legal only a short while ago and not acquired with the intent or knowledge of breaking the law.

In the three month-buffer period, while banned plastic item manufactures were asked to discontinue their activities, municipal bodies were asked to introduce multiple measures and collect plastic waste from their respective cities.

Maharashtra Plastic Ban From June 23: All You Need To Know To About Rules, Penalties