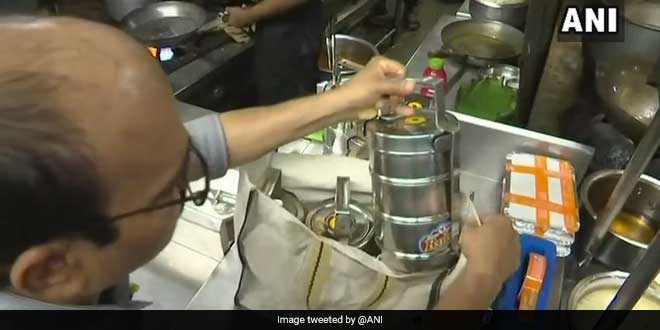 New Delhi: On Wednesday, 23-year-old Anuja Sansare from Pune witnessed a green change in her city – this time, when she ordered food via home delivery option, instead of getting the food in the usual plastic packaging, she got it in small steel boxes, which she was asked to return after she transferred the food to her own containers. Also, there was no plastic spoon, fork sent by the restaurant. This is the green change, many restaurants in the city have adopted, as they accepted the Maharashtra state-wide plastic ban and have decided to adhere to it.

Almost every day, I order one meal from outside. On Wednesday, when I ordered food, I was left surprised when I got the delivery, I almost thought, it is someone else’s food order. The food packaging was different, there were no plastic spoons or forks given to me. I simply took my food, transferred into my own containers and returned the steel boxes. I hope this practice continues and more restaurants switch to this green practice, adds Anuja Sansare.

Also Read: Maharashtra Plastic Ban: Here’s How Pune Is Gearing Up For The Plastic Ban

On the other hand, owner of the restaurant Ganesh Shetty, said, “We welcome the state government’s decision to ban plastic in the state as it is in favour of the environment.”

A restaurant in Pune has started delivering food in steel lunch boxes after plastic ban in Maharashtra, customers are asked to return boxes after delivery. Those who order 'take away' food at the restaurant are asked to deposit Rs 200 which will be reimbursed on returning the box pic.twitter.com/iufjyxwKqJ

Ganesh further said that the plastic ban is not an easy implementation, but everyone needs to cope with it. He adds,

The government should have provided us some more time to arrange an alternative. Currently, apps like Zomato and Swiggy have stopped working due to lack of delivery options. It is inconvenient for customers too.

Apart from Ganesh’s restaurant, Pune’s landmark German Bakery has also made a green switch. Talking to NDTV about the changes made post the plastic ban, a spokesperson for the bakery said,

We are in full support of the plastic ban. It is the need of the hour, and, we are grateful that the government has started this green crusade. One week before the ban came into force, German Bakery made some amendments such as – we shifted from plastic bags to paper bags, stopped giving spoons/forks or any kind of plastic cutlery in our takeaways items. And, inside the bakery, we switched to steel cutlery.

The Maharashtra plastic ban covers the use of single-use plastic items such as plastic bags, disposable plastic products – spoons, forks, cups, plates, glasses, bowls, and containers, disposable thermocol items. The defaulters, who will be found using any banned items, will be fined for Rs 5,000 and Rs 10,000 for the first and second-time offence. Whereas, a third-time offender will be fined Rs 25,000 and can also face three months imprisonment.