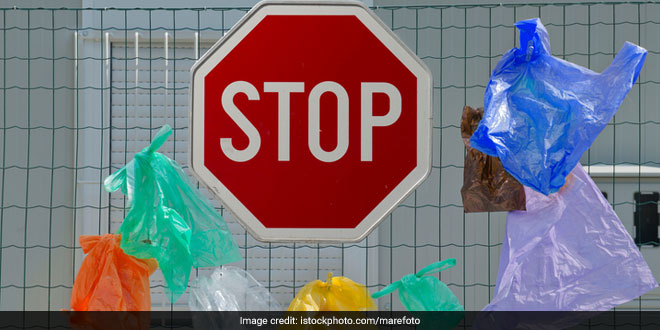 New York: Plastic used in everyday objects from bottles to packaging emit greenhouse gases when exposed to sunlight, according to a study released on Wednesday, as global concern about its impact on the world’s oceans grows. Plastic pollution has come under increased scrutiny from environmentalists as the scale of the problem has become clear – this year it emerged that a giant island made up of plastic waste in the Pacific Ocean was far larger than thought.

Now scientists have discovered that commonly used plastics also generate the potent greenhouse gas methane as well as ethylene as they age, adding to the global tally of planet-warming emissions.

The study, published in the journal PLOS ONE, said plastics were “likely to be an insignificant component of the global (methane) budget” due to the low quantities produced in this way.

Also Read: Plastic Waste Management: Adidas To Use Only Recycled Plastic By 2024, Aims To Save 40 Tonnes Of Plastic Per Year

“You can’t solve the greenhouse gas problem until you’ve defined every part of it,” he told the Thomson Reuters Foundation by phone.

Methane emissions, mainly caused by burning fossil fuels, are a major driver of global warming, putting them in the crosshairs of the global fight against climate change.

Jennifer Provencher, a plastic pollution researcher at Acadia University, in Canada, said the results pointed to “another piece of evidence suggesting that losing plastic to the environment is not good”.

More than nine billion tonnes of plastic has been produced since 1950 with most of it discarded in landfills or the environment, previous research has found.

Scientists have repeatedly linked exposure to some plastic chemicals, such as bisphenol A (BPA), to health risks.

The so-called garbage patch of plastic floating in the Pacific holds as much as 16 times more debris than was previously thought, posing a significant threat to the food chain, scientists found in March.

Related Topics:
Plastic Waste
Up Next