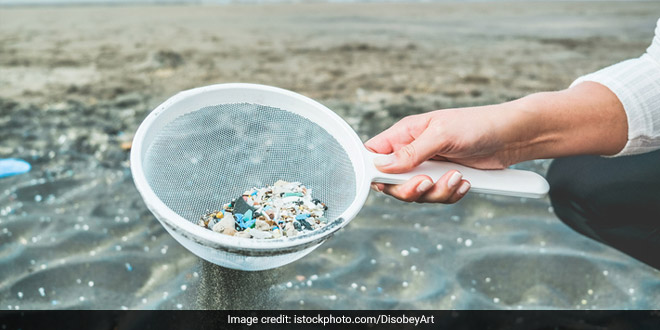 Panaji: Scientists have underlined the need to conduct a detailed study on the impact of microplastics on the mangrove ecosystem in the country, as it is believed that these tiny plastic particles can adversely affect marine life. As far as Goa is concerned, the previous studies by the CSIR-NIO (Council of Scientific & Industrial Research- National Institute of Oceanography), located near Panaji, had confirmed the presence of microplastics along the coastline in the famous tourist destination.

Researchers feel that studies can be done in selected sites like the Zuari, Mandovi, Chapora, Terekhol, Talpona and Galgibag rivers and in Salim Ali bird sanctuary near Panaji. Microplastics, measuring less than five milimetres, come from a variety of sources including larger plastic debris that degrades into tinier pieces. These small particles can easily pass into the sea and other water bodies, posing a potential threat to aquatic life.

It is important to know what types of microplastics are accumulated in the mangrove sediments and sediment-related flora and fauna, and their sources in abundance. The findings will provide a new insight into distribution, transportation, and transformation of microplastics in mangrove eco-systems located on the semi-enclosed sea.

Scientists have conducted a preliminary study of the mangrove ecosystem in the Mandovi river, but the need for detailed research is felt to find out the exact impact of microplastics on this eco-system. Dr. Saha said,

There is no detailed study on the impact of microplastics on the mangrove eco-system in India. The countries like Singapore, Malaysia, and China have conducted the studies bringing in results that are alarming.

Underlining the importance of such study, she said the mangrove eco-systems always serve as buffers and act as barriers to prevent delivery of land-based inorganic and organic contaminants into the sea. The senior scientist said, “However, limited information is available on the distributions of microplastics in the mangrove ecosystems.”

Dr. Saha also added that the Indian mangrove vegetation is the fourth largest in the world, which is distributed along the coastline and occupies eight per cent of the total world mangrove covering 6749 square kilometres.

East coast zone ranges from Sundarban forest of West Bengal to Cauvery estuary of Tamil Nadu and comprises 70 percent mangroves while the West Coast region, which stretches from Bhavnagar estuary of Gujarat to Cochin estuary of Kerala, constitutes 15 per cent mangroves. Various species of mangroves are reported along the coast of Gujarat, Maharashtra, Goa, and Karnataka, respectively, in western India.

She also added that mangrove vegetation in Goa is spread on 500 hectares.

In A Bid To Control Pollution, Gujarat To Launch Emission Trading Scheme On World Environment Day