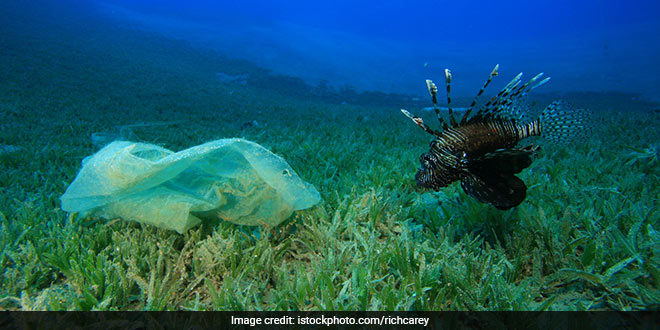 At the recently concluded Commonwealth Heads of Government Meeting (CHOGM) in London, the joint communiqué focused on the challenges of evolving sustainable development policies for almost 2.5 billion citizens who are part of this 53-member grouping. India accounts for more than half the demography of the Commonwealth and is seen as the emerging leader of this large cluster of disparate nations which were once part of the British empire.

The state of the global oceans and the need for sustainable development in the maritime domain received appropriate attention and the CHOGM document noted: “Heads (of government) identified climate change, including sea-level rise and acidification, biodiversity loss, over-fishing and plastic pollution as some of the most significant pressures on the ocean, and called for ambitious, coordinated global action.”

Earth Day, observed on April 22, also provided that brief, annual focus on the linkage between the health of the oceans and the manner in which it affects the human condition. This includes the complex food chain and coral damage, to the non-linear connection with precipitation and rainfall patterns. And the bleak conclusion: Left unchecked, the deteriorating health of global oceans could lead to an irreversible environmental disaster with catastrophic consequences for human security.

In this dismal assessment of the various drivers of oceanic degradation and pollution, the plastic component looms large. And the London communiqué rightly identifies this as an area of grave concern.

Only 18 percent of this plastic is recycled in the appropriate manner and the rest is “dumped” — often in the oceans and seas. It is estimated that eight billion kilos of plastic is released into the maritime domain annually and the cumulative quantity is 150 billion kilos, wherein the oceans and seas have become the final receptacle of this indestructible marvel product of modernity.

This plastic waste gets disaggregated into micro and nano particles and enters the food chain of marine life and the ecosystem that sustains the complex food chain, leading to the apex where the human food chain is located. Traces of plastic ingestion have been reported in some fish stock and the impact on human health is being studied. Cows eating plastic bags in India is now compounded by fish in the global oceans ingesting plastic globules.

A Dutch study whose findings were released in March noted that the largest plastic waste island in the world, the Great Pacific Garbage Patch (GPGP) is now estimated to be three times the size of France. It covers 1.6 million sq km, or half the size of continental India, and contains plastic waste weighing almost 80,000 tonnes.

The challenge for India and the Commonwealth nations (most of them are coastal states) is to first get a more informed understanding of the state of the oceans and seas proximate to them. The Indian Ocean has many littoral states with a direct stake in maintaining the health of the maritime domain and understanding the scale of the problem ought to be the highest policy priority.

Various international bodies, including the UN and IMO, as also regional organisations such as the IORA (Indian Ocean Rim Association), have identified the oceans in their human development agenda but this needs to be pulled together in a more effective manner. The CHOGM focus in London offers an opportunity for India to play a more substantive “sherpa” role and this would be in consonance with Prime Minister Narendra Modi’s maritime vision that was outlined as SAGAR — Security and Growth for All in the Region, with the region being the extended Indian Ocean region (IOR).

Policy priorities could focus on mapping the challenge in the IOR in greater detail and encouraging more effective anti-plastic dumping regulatory practices among the littoral states. Recycling of plastic waste, from the ubiquitous drinking water bottle to plastic straws and cups, or switching to bio-degradable alternatives, must proceed on a war footing with awareness being instilled at the school level and in civil society.

Retrieving and recycling the vast amount of plastic in the oceans is a global challenge and can the corporate sector pick up the gauntlet? In India, a laudable pioneering technology project was developed by Professor Rajagopalan Vasudevan in a Madurai college where shredded plastic waste was successfully used for road-building. With institutional support, such pilot projects could be reviewed for techno-commercial viability and scaling up.

The plastic peril must not be allowed to morph into a slow-motion weapon of mass destruction.

On Ghazipur Landfill Fire, NGT Asks Why Action Should Not Be Taken Against Erring Officials