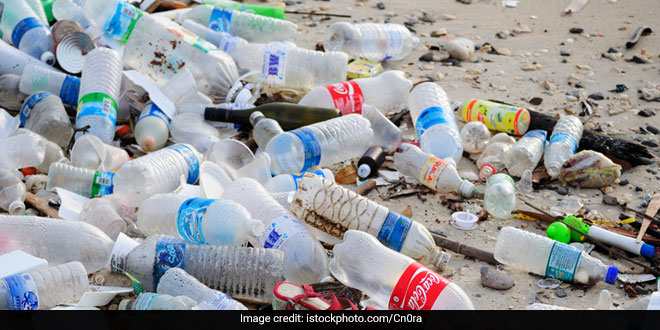 New Delhi: To combat the ever growing menace caused by plastic pollution, noted French comedian and actor, Samuel Le Bihan’s organisation, The Earthwake Association aims to develop innovations to collect and recover plastic waste. The firm has claimed to have found an effective and concrete solution to plastic waste management. The firm has developed a machine called ‘Chrysalis’ that breaks down plastic waste and converts them into various types of synthetic fuels.

The inventor Christofer Costes uses the principle of plastic pyrolysis (decomposition brought about by high temperatures), which consists of heating the plastic waste to 450 degrees Celsius in the absence of oxygen to break the molecules and bring them to a liquid state.

Chrysalis inventors say that the method is not new but has never been developed with so many technicalities. Last year, a Kenya based firm, Alternative Energy Systems, used similar conversion technology that involved heating the waste under controlled conditions to produce oil but according to the inventor Christofer Costes, Chrysalis offers five differentiating advantages.

Mr Costes also explained how since it is human sized, it could easily be transported in a container to the polluted areas where it can transform up to 10 tons of plastic waste per month.

The Chrysalis announces a very high performance of 93 per cent successful yield. Converting 1 kg of plastic will give you 65 per cent diesel, 18 per cent of gasoline, 10 per cent gas and 7 per cent coal. This feature opens new economic opportunities around depollution and could also be a solution in emerging countries that are the first victims of this scourge, added Mr. Costes