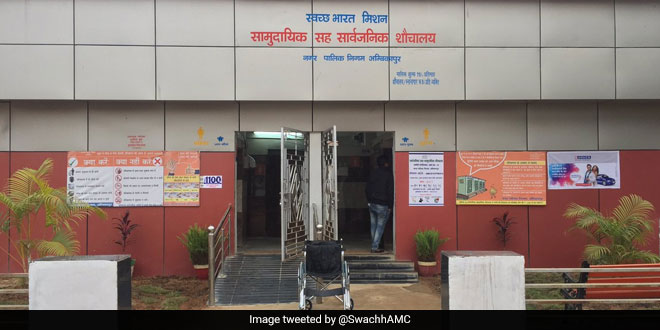 Mumbai: In many cities the clearing, conveyance, treatment and disposal of fecal sludge has largely been left to unregulated private, informal service providers. To address this neglected but crucial part of urban sanitation, the government had introduced the Open Defecation Free Plus Plus (ODF++) protocol under the Swachh Bharat Mission-Urban (SBM-U) in August last year. As per this protocol, every civic body has to focus on achieving sanitation sustainability by addressing complete sanitation value chain, including safe and complete fecal sludge management. Since its launch, seven cities have been successful in getting the ODF plus plus status.

The proper disposal of faecal sludge waste is necessary to ensure the safety and hygiene of our surroundings. Effective faecal sludge management can help avert numerous diseases. #WasteToResource pic.twitter.com/yEH4UGvlk4

During the launch of Swachh Survekshan 2019 on January 4, Ministry of Housing and Urban Affairs, Hardeep S Puri made the announcement and declared seven cities ODF ++ and 35 cities ODF+ meaning that these cities have sustained toilet usage by ensuring their functionality, cleanliness and maintenance. (Also Read: Here’s How India Is Gearing Up For Swachh Survekshan 2019)

Of the seven cities, three are from Madhya Pradesh – Indore, Ujjain, Khargone, three from Chhattisgarh – Rajnandgaon, Ambikapur and Bhilai and one from Uttar Pradesh – Shahganj.

SBM-U’s Director V K Jindal who was also present at the launch, said the ODF ++ declared cities have successfully achieved 100 per cent of their faecal matter treated by sewage treatment plants or faecal sludge treatment plants. They have also ensured that they are free from open defecation and open urination. Commenting on the public toilets, Mr Jindal said that as per protocol under SBM-U the cities have kept at least 25 per cent of the community and public toilets in a good condition.

Mr Jindal further said that the 35 cities are the first set of cities that have successfully placed in the government’s new protocol to achieve sustain gains under the basic ODF protocol. More than 530 cities have applied for the certification, and 12 are currently being assessed.

India’s cleanest city, Indore was the first city to be declared as ODF ++ in November last year for achieving sanitation sustainability. Indore’s Mayor Malini Gaur tweeted to announce the achievement of this new milestone.

Congratulations Indore! Indore after being number one cleanest city twice is number one in ODF ++ now. Country’s first city to be ODF ++ and has secured the full 250 marks for the Swachh Sarvekshan 2019. Indore is number one..Indore will be number one!

The city has now applied for a seven-star rating, which is the first-of-its-kind rating tool for assessing the cleanliness of cities and towns in India and motivate them to move towards becoming a 100 per cent garbage-free city. A month later, Ujjain was granted the ODF ++ status by the Quality Council of India.

Also Read: This Is What Chhattisgarh’s Ambikapur, One of The Best Performing Cities In Waste Management, Is Doing With Eggshells

Ambikapur has managed to treat 100 per cent of its waste effectively and is now earning money from the waste management process. The city is earning Rs. 1 lakh by converting its wet waste into compost, and another Rs. 6-8 lakh from the sale of recyclable items.

Ambikapur becomes the 2nd city in India to be certified ODF++

From installing public toilets of international standards, introducing sanitary napkin dispensers in women-friendly public toilets, removing black spots to giving sewer pipe connections to every household, Bhilai has gone beyond the conventional measures to improve its sanitation quotient in the last four years.

The fourth edition of the annual cleanliness survey of Urban India will be conducted across 4,237 towns and cities between January 4 – 31, 2019. The completely digital and paperless survey will be completed in a record time of 28 days. The cities that have attained the ODF Plus and double Plus title get an advantage as 250 marks are allotted each of the ODF protocols (ODF, ODF+, ODF++).

In the last three years, Mysuru was the No.1 city in Swachh Survekshan 2016, and Indore has been India’s cleanest city for two years in a row in 2017 and 2018. It remains to be seen who wins the crown of the cleanest city of India in this year’s Survekshan.

Also Read: Swachh Survekshan 2019: Women Roped In To Raise Awareness On About Waste Segregation In Hyderabad

Despite Efforts By The Government, December 2018 Saw The Worst Air Pollution In Last 5 Years, Says IIT-Kanpur