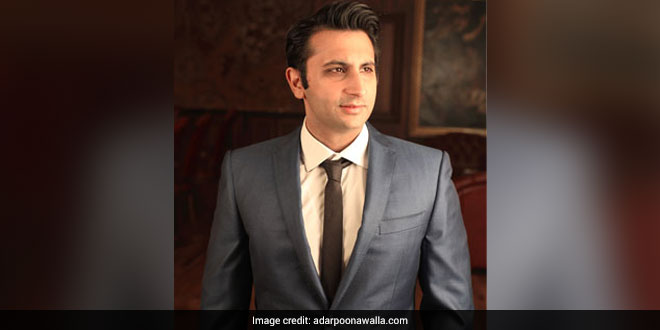 New Delhi,India: Driven by the dream to make urban cities in India more liveable, Adar Poonawalla, CEO, Serum Institute of India, not only has committed Rs. 100 crore of personal funds to address the issue of waste management through efficient and scientific means, but has also committed an equally precious resource – his time. To achieve this, he initiated the ‘Adar Poonawalla Clean City Initiative’ (APCC) in 2016, which was inaugurated by Chief Minister Devendra Fadnavis in Pune – the first city to be adopted under this movement. The APCC focuses on supporting the Pune Municipal Corporation (PMC) with infrastructure and management of solid waste, especially focussing on organic waste management. He is one of the few corporate stalwarts who have taken up the cause of waste management. And in recognition of his work, Prime Minister Narendra Modi has recently nominated him as the ambassador for the Swachh Bharat Abhiyan.

As part of the Adar Poonawalla Clean City Initiative, around 300 people have been employed with 170 trucks and machines from Holland and Belgium to go around the city to pick up waste out of the streets. Notably, over 1000 bins have been installed at strategic and high traffic locations across the city for people to dispose the waste which then gets collected by trucks for recycling.

To clean the city, a number of high-end technology machines in the form of Glutton vacuum litter picker and the Trilo, a small sweeping truck have also been introduced. Currently, the Glutton machines are covering roughly 450 km of roads but eventually would cover all the 1,200 km of roads across the Pune city. With a fleet of these specially designed trucks and thousands of litter bins, the waste generated by the city will be responsibly removed and processed in a processing plant to generate bio gas. It is targeted to segregate and process 300-350 tonnes per day of wet food waste and convert it into biofuel and organic manure.

In addition to this, a number of awareness campaigns are being conducted in association with Pune Municipal Corporation at schools, mohalla committees, residential societies and market places amongst others, to educate people not to litter on the streets and segregate waste at the source level.

When asked about the status of Pune in terms of cleanliness and its ranking, which is 13th in the Swachh Survekshan survey 2017, Mr Poonawalla said that Pune at the moment is being categorized as an average city in the rankings and is slowly improving, thanks to our joint efforts.

On being nominated as the ambassador for the Swachh Bharat Abhiyan, Mr Poonawalla said, I am grateful to the Prime Minister Narendra Modi for this appointment and it will certainly further motivate our staff, working under the mission, to reach greater heights.

“When we will be united and our waste will be segregated at source and completely managed with scientific processing then only we will be able to address our waste problem, like they have done in many western countries,” said Adar Poonawalla.

Watch: Adar Poonawalla talks about his Clean City Movement and challenges to make Swachh Bharat a reality at the Banega Swachh India Cleanathon

APCC, a one-of-its-kind cleanliness initiative based on the private and public partnership, believes that Pune can be the one of the cleanest cities in the world if all the citizens and corporates join hands together.

National Green Tribunal Imposes A Fine Of Rs 25,000 On Delhi Technological University Over Failure To Devise A Waste Management Mechanism