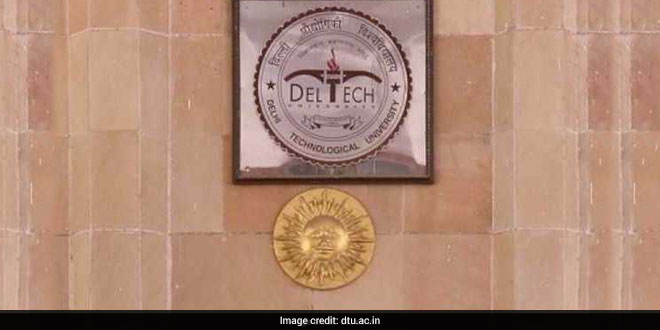 New Delhi: The National Green Tribunal (NGT) has imposed a penalty on the Delhi Technological University (DTU) for failing to devise a mechanism to treat the huge quantity of waste generated by it and not complying with environment laws. A bench headed by NGT Chairperson Justice Swatanter Kumar imposed an environment compensation of Rs 25,000 on the erring educational body for not taking adequate protection for protection of ecology.

“Noticee submits that they have received the show cause notice and they have taken steps as were required. However, it is a continuous process and it is assured by the counsel on behalf of noticee that in future also they will comply with all steps and install requisite anti-pollution devices.

We accept the statement made before the tribunal, subject to payment of Rs 25,000 as environmental compensation. The payment should be made within two weeks to Delhi Pollution Control Committee, failing which the same shall be recovered as arrears of land revenue by the concerned, the bench said.

The Delhi College of Engineering was under administrative control of Department of Technical Education and Training of the Delhi government. For academic purposes, the college was affiliated to the University of Delhi since 1952. From July 2009, the DCE was renamed Delhi Technological University vide the Delhi Act 6 of 2009.

Earlier, the NGT had imposed an environment compensation of Rs 25,000 each on Vivekananda Mahila College, Shaheed Sukhdev College of Business Studies and Shyam Lal College and directed them to install anti-pollution devices within three months. In the event of default, these colleges would be liable to pay environmental compensation of Rs 5 lakh and shut down, it had said.

The NGT order had come after it examined an interim report submitted by a committee set up by it which had recommended action against defaulting bodies for improper management and treatment of sewage and lack of mechanism to recycle waste.

Assam To Set Up An Institute For Waste Management And A Department To Oversee Waste Disposal: Chief Minister Sarbananda Sonowal