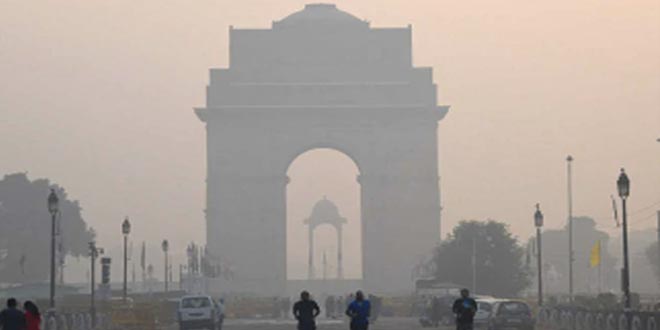 New Delhi: Key pollution ingredients PM2.5 and PM10 were far above the safe limit in Delhi throughout the summer between March and June this year, a report by Climate Trends and Respirer Living Sciences said on Wednesday (July 6). It also said that nitrogen dioxide too went beyond the safe limit for two months March and April this year.This analysis by Climate Trends and Respirer Living Sciences through National Clean Air Programme (NCAP) tracker showed that Delhi was far more polluted this summer than the previous year.

The NCAP tracker had analysed 10 non-attainment cities, including Delhi, and found that the national capital pollutants were above the permissible limits. The CPCB’s annual average permissible limits for PM 2.5, PM 10 and NO2 are 40 ug/m3, 60 ug/m3 and 40 ug/m3 respectively. The World Health Organization’s safe limits are lower at 5 ug/m3, 15 ug/m3 and 10 ug/m3 for the three pollutants respectively. It also showed that while many other metro cities showed some improvement over the months of March, April, May and June, Delhi remained polluted over the safe limit throughout the summer.

According to the study, the country suffered multiple heatwaves since March this year leading to high power demand which resulted in more coal burning in thermal power plants (roughly 75 per cent of power source). “Extreme heat combined with stagnant air during a heatwave increases not only the amount of ozone pollution but also particulate pollution. The westerly winds also carry dust adding to the PM 10 levels. Locally, these prolonged dry spells during the summer months also mean more dust resuspension in the air.

Adding to the summer woes was the poor show of pre-monsoon, especially for northwestern plains which are also hotspots for some of the highest levels of air pollution, the study pointed out. It further pointed out that between March and May, northwest India saw a large rainfall deficit of 63 per cent, followed by central India 39 per cent. In June, there was an eight per cent deficit in the countrywide cumulative rainfall.

“This year was climatologically one of the hottest summers that we have seen in a long time. Extremely hot weather combined with winds has led to the resuspension of coarse particles which is clearly visible in the high PM 10 values across most cities. The rising temperatures during the heatwave have also pushed up the demand for air conditioning resulting in higher coal consumption and hence this is reflected in higher PM 2.5 levels,” said Prof. S N Tripathi from Civil Engineering Department of IIT Kanpur and steering committee member of NCAP.