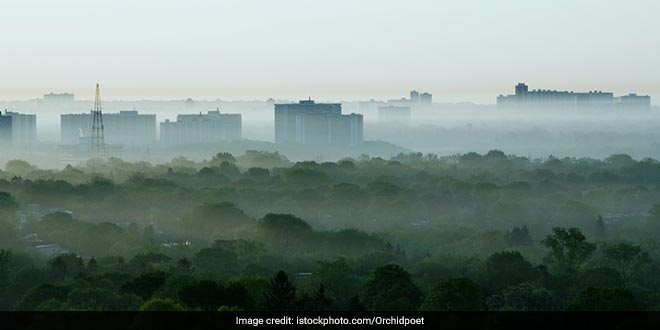 Washington D.C.: A recent study has found that more than 674 million Indian citizens are likely to breathe air with high concentrations of Particulate Matter (PM) 2.5 in 2030, even if India were to comply with its existing pollution control policies and regulations. The study was released by the International Institute for Applied Systems Analysis (IIASA) and the Council on Energy, Environment, and Water (CEEW). The study shows that only about 833 million citizens would be living in areas that meet India’s National Ambient Air Quality Standards (NAAQS) in 2030 and that implementation failure could increase these numbers significantly.

However, aligning sustainable development policies to the implementation of advanced emission control technologies could provide NAAQS-compliant air quality to about 85 per cent of the Indian population.

In 2015, more than half of the Indian population, about 670 million citizens, were exposed to PM2.5 concentrations that did not comply with India’s NAAQS for PM2.5 (40 mg/m3).

The program focuses on 102 polluted Indian cities and aims to reduce PM2.5 levels by 20-30 per cent over the next five years.

The analysis conducted by researchers from IIASA and CEEW, however, suggests that NCAP needs to be backed by a legal mandate to ensure successful ground-level implementation of emission control measures.

“Pollution from rural areas is transported into the cities (and vice versa), where it constitutes a significant share of pollution making the coordination of urban-rural and inter-state responses critical,” Mr. Purohit added.

Hem Dholakia, a senior research associate at the CEEW, and one of the authors of the study added,

The IIASA-CEEW study clearly shows that the policy choices of today will impact future air quality and its aftermaths. The central and state governments must do more to align air quality, climate change, and sustainable development goals in a resource efficient manner.

The study also found that the Indo-Gangetic plain, covering parts of states such as Punjab, Haryana, Uttar Pradesh, Bihar, and West Bengal, has the highest population exposure to significant PM2.5 concentrations.

This is mainly due to the high density of polluting sources and reduced ventilation by the obstructing presence of the Himalayas. Citizens living in parts of Bihar, West Bengal, Chhattisgarh, and Odisha are also exposed to high levels of PM2.5.

The governments in these regions must design state-specific policies to comply with NAAQS and embrace a low-carbon growth model to ensure better air quality for its citizens.

Further, the study highlighted a stark variance in factors contributing to air pollution across the states. Solid fuel, including biomass combustion for residential cooking, is the largest contributor in the major states of the Indo-Gangetic Plain.

However, in Delhi and Goa, it contributes only a small amount due to enhanced access to clean fuels in these states. Instead, Nitogen Oxide emissions from transportation are major contributors to air pollution in these two states.

In coming years, every state government must commission detailed scientific studies to better understand the sources contributing to air pollution in their cities.

Another challenge for many states is that emission sources that are outside their immediate jurisdiction contribute significantly to ambient pollution levels of PM2.5.

For example, transboundary transport or crop burning are sources of secondary pollution in some states. Such states could achieve significant improvements in air quality only with a region-wide coordinated approach to reduce air pollution and strict on-ground enforcement to ensure compliance with emissions control measures.