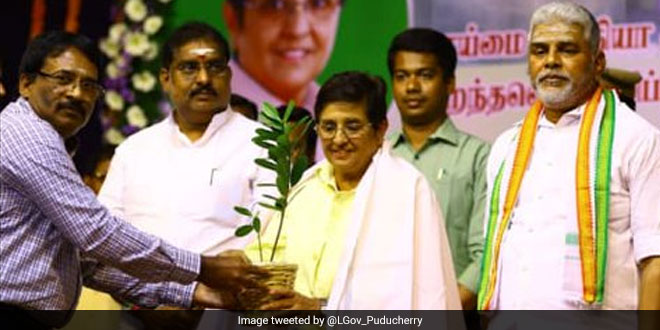 New Delhi: “Historical day for Puducherry, because of the relentless efforts of the people, the Union Territory has achieved the open defecation free (ODF) status today,” says Lieutenant Governor Kiran Bedi as she declared Union Territory ODF at a function held at Kamban Kalai Arangam. Until today, Puducherry was the only Union Territory that was lagging behind in achieving Swachh Bharat Mission targets, it had missed its initial deadline of going open defecation free by October 2, 2017 and the overall deadline for UTs of March 2018.

We have fixed the sanitation problem in Puducherry. All our 97 villages have toilets now. We will fine tune the facilities in the next three months. Women are the biggest beneficiaries of this initiative. We have been successful in giving them toilets and bathing area. Today they have got their privacy back.

Work on attitude, work on education because attitude and resources go hand in hand in making a region successfully open defecation free.

Now, the focus for the Union Territory is on sustaining the ODF tag and door-to-door waste collection system along with scientific processing and disposal of waste so that by October 2019 under Swachh Bharat Mission the region can also successfully achieve the status of ODF Plus and ODF Plus Plus.