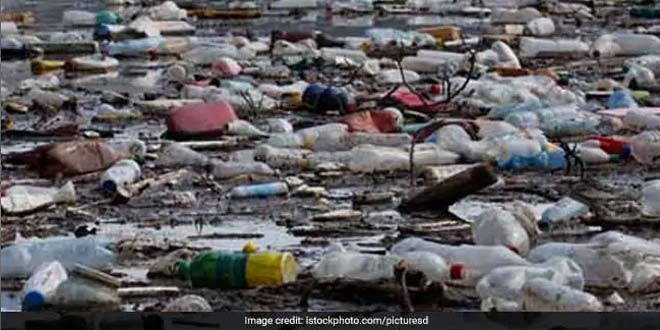 New Delhi: Taking a leap towards building a cleaner environment, the Government of Puducherry has decided to ban production, sale and use of single-use plastic products including non-biodegradable carry bags in the Union Territory (UT) from March 1, 2019. The Chief Minister V Narayanasamy made the announcement on January 13 following a protest by MLA V Saminathan on the premises of Puducherry Assembly hall on December 31, urging the government to immediately ban single-use plastic products like cups, plates, spoons, and straws in the Union Territory. Mr. Saminathan told NDTV,

Plastic is a huge problem in Puducherry as it is a tourist place and everyday huge amount of plastic is being generated. One can see plastic waste lying on the streets and key tourists’ spots. The plastic collected by the waste collectors is only being thrown in the landfills and not being recycled. So the problem is increasing every day but the solution is nowhere to be found. I have been protesting against the issue of plastic pollution since last two years in front of Puducherry Pollution Control office, and municipality. Finally, I protested in the Assembly.

The Government of Puducherry has called for a massive drive to be launched soon which will also aim at creating awareness among the shopkeepers and public on the necessity of the ban. The Chief Minister said to the Press Trust of India,

We want to gift a plastic-free Puducherry to the future generation and curb the plastic in the larger interest of the environment.

Last year on World Environment Day, Prime Minister Narendra Modi led government made an ambitious announcement to eliminate all the single-use plastic items from India by 2022 which was hailed by many international agencies including the United Nations. To fulfil this vision and drive out the plastic, many states like Maharashtra, Uttar Pradesh, Tamil Nadu and Bihar have since come forward and introduced a plastic ban. Now, Puducherry, a Union Territory has joined the movement by deciding to ban single-use plastic items from March 1.

Secretary, MoHUA, Durga Shanker Mishra Gives A Thumbs Up To The Urban Local Bodies For Their Swachh Contribution

Tamil Nadu Plastic Ban: These Chennai Brothers Are On A Mission To Distribute 1 Lakh Cloth Bags For Free To Vendors