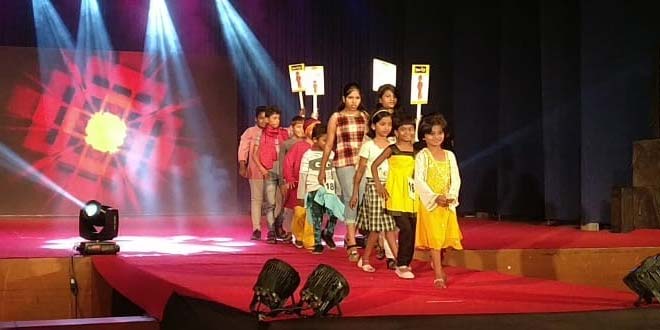 Mumbai: The concept of donating clothes to domestic helps, office peons and charity once these become old is widely practised across India. But have you ever wondered what ultimately happens to those clothes? Either they end up adding to the garbage mountains of landfills, thus increasing the waste burden or gets clogged in drains during monsoons. With an aim to underline that the menace caused by waste clothes is as bad as plastic waste, a waste-pickers organisaton in Pune organised a fashion show with old and discarded clothes.

City’s largest waste picker co-operative SWaCH (Solid Waste collection and Handling services), teamed up with fashion experts and students of the JRVGTI fashion design institute, who styled and draped the pre-owned clothes that come to SWaCH. The event that took place on June 7 was organised as part of the World Environment Day celebrations. 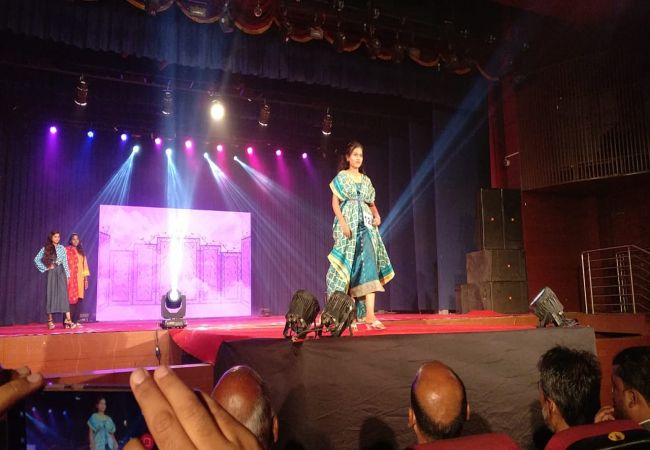 Pre-owned clothes recycled in a fashion show in Pune

The culture of reusing clothes as pochas or clothes is fading away. People fail to realise that clothes have a shelf life of 30-40 years and it can be upcyled and used multiple times. Compared to plastic, we talk less about the repercussions of discarding clothes. Thus, we decided to attract people’s attention via a fashion show, said Suchismita Pai, member of SWaCH.

Also Read: From Reusing And Recycling Wastewater To Composting Food Waste, Centre For Science And Environment Shows How To Go Zero Waste

It was last year when the organisation had started ‘V Collect’ drive in the city to encourage people to donate all kinds of waste from their households rather than discarding these and clothes were given in huge numbers, points out Ms Pai. Apart from selling those old clothes, collected in last one year, to the ragpickers, SWaCH decided to style these and give them a new look.

On asking what was the idea behind integrating the concept of waste management in a fashion show, Ms Pai said,

While fashions might change, the idea of reusing, extending the life of clothes and repurposing something never goes out of fashion. The more use we get out of a product the better it is for the environment.

Sarru Waghmare, a board member of SWaCH who attended the programme said “We always have to be creative when it comes to recycling. When we pick up waste from homes, we often find uses for it that may not have struck the original owner. The tradition of quilting or stitching Godadis (Quilts) is one such avenue of recycling. This is refreshingly different and it’s wonderful to collaborate in this way.” 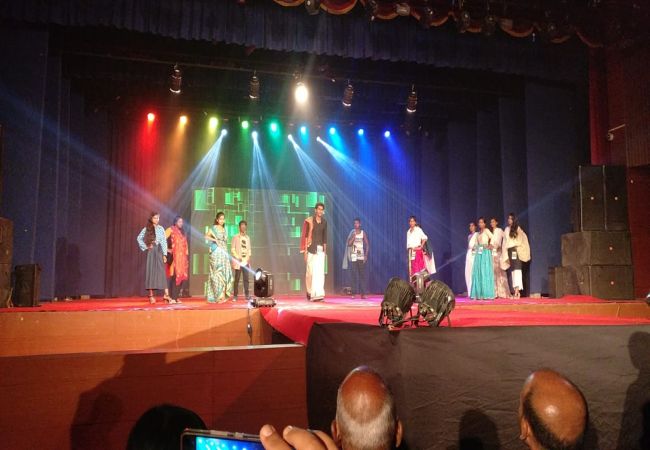 Recycled clothes were given to the ragpickers

Many a times, the clothes collected do not fit or are in terrible conditions and thus with no other option left, the organisation discards them. To address this concern and ensure that discarded clothes designed for the fashion show can be reused as many times as possible, the fashion institute did minimum tailoring, sewing and cutting.

Also Read: 18,000 Tetra Pak Cartons Collected Over A Span Of 3 Years Get Recycled Into Garden Benches In Mumbai

Shraddha Kanetkar, the Director of the JRVGT institute of Fashion design said,

It was a huge learning experience for the students to ensure that the clothes they designed would have minimum cutting, tailoring and sewing. This was a challenge we had set them when we first decided to work on the designs, as we wanted the clothes to be intact and reusable even after the show.

The show, which was a full house, was put up the by the students and ragpickers. The clothes, which would have ended up on the landfill, was worn by the 22 ragpickers and their children who walked the ramp with immense grace and confidence. Interestingly, the footwear too was a part of the ‘V Collect’ drive. The clothes used on the ramp floor were taken by the ragpickers.

Girija Oak Godbole, actor and artist who graced the occasion, pointed out that it is extremely imperative that we create an environment by reducing, reusing and recycling as much as we can. “We must think beyond the price and likeability of a product we buy and also question what happens to a product when we outgrow it” she said.