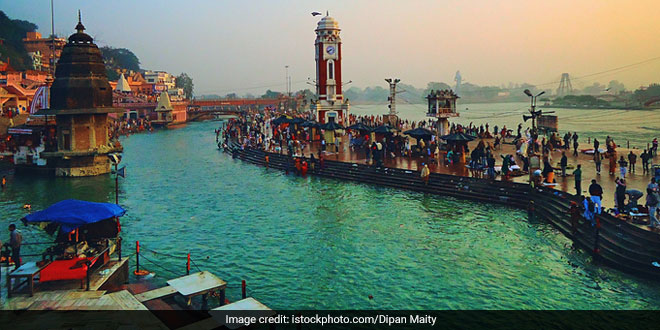 Haridwar: A growing metropolis and hub of religious tourism, Haridwar annually attracts lakhs of tourists who arrive in the ancient city to take a holy dip in river Ganga. With rising population and high inflow of visitors, the city generates over 108 million litres of sewage per day, but its existing sewage treatment plants can treat only half of it. To prevent the discharge of sewage into the river, several initiatives have been taken by the government under the Nanami Gange programme.

Out of 22 major drains in Haridwar, 21 of them have been completely tapped and the flow has been diverted. Lalit Walia, a resident of Haridwar said,

The flow of drainage water and bathing of cattle in Ganga has been stopped under the Namami Gange programme and this has improved the quality of water in the river.

The capacity of Sewage Treatment Plants (STPs) is also being enhanced by constructing new facilities. As much as 68 MLD (million litre per day) STP at Jagjeetpur and 14 MLD STP at Sarai are near completion. Constructed under the Hybrid Annuity (contract that allows investors to choose the way they want to allocate assets) based PPP model, these STPs will exclusively address the sewage treatment requirements of the town.

It is also important to note that these are first Hybrid Annuity projects. The progress is very good as you see in Sarai, its near completion. In May, they will start a trial and it will establish by June.

Gearing up to host Maha Kumbh 2021, Haridwar is expected to welcome millions of devotees for the holy pilgrimage. Under the Namami Gange Programme, new ghats are also being constructed to facilitate the pilgrims.

He added, “We have also decorated it with murals printings, as artists from all over the world coming in and doing mural paintings there. That is an added attraction to that”. The National Mission for Clean Ganga under its Namami Gange programme has initiated several projects to clean and rejuvenate Ganga by sewage management, construction of new ghats and crematoria and spreading public awareness about keeping the river pollution-free. The day is not far when the Ganga will have “Aviral and Nirmal Dhara’ i.e., continuous and unpolluted flow of the holy river.