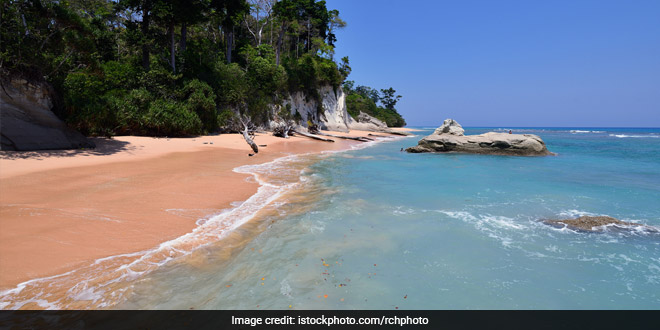 Port Blair: The Andaman and Nicobar Islands administration has decided to restrict the number of vehicles passing through Jarawa tribal reserve in South Andaman district with immediate effect to prevent the spread of coronavirus among its indigenous population, officials said on Monday. The district administration in Nicobar has made it mandatory for people seeking to enter its islands to produce COVID-19 test certificates, in order to protect the Nicobarese tribal population from the infection, they said.

The tribes of the Union territory have low immunity to diseases due to their minimal contact with the outside world. Only one convoy per day has been permitted to ply on the Andaman Trunk Road, which passes through the Jarawa tribal reserve, between Jirkatang and Middle Strait areas in South Andaman district, the officials said. The convoy will leave Jirkatang at 10 am and begin its return journey from Middle Strait at 3 pm, they said.

The health status of drivers, crew and passengers will be checked. Travellers are urged to take safety precautions, keep windows of the vehicles shut and not give food to Jarawas or allow them inside the vehicles, an official said.

The South Andaman district administration has asked both private and government offices, barring those engaged in essential services, to work at 50 per cent capacity and in staggered working hours to prevent the spread of the disease, an order issued by its deputy commissioner said.

Shops in the Port Blair Municipal Council area have also been asked not to allow more than five persons at a time inside the business establishments. Bigger showrooms and supermarkets are urged to operate at 50 per cent capacity, it said. Buses and ships deployed in the district should also operate at 50 per cent passenger capacity.

A jeep is permitted to carry a maximum of four passengers, a taxi three and an auto rickshaw two, the order said. Those found violating the order will face legal action under sections of the Disaster Management Act, 2005 and the Indian Penal Code, it added. The Union territory has so far registered 324 COVID-19 cases, of which, 142 are active and 182 people have recovered, officials added.

Also Read: How Did India Fight An Earlier Pandemic The Swine Flu Outbreak In 2015?