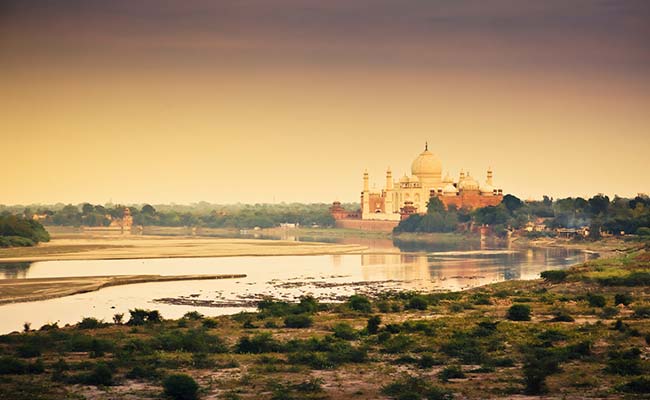 Mathura: Green activists have gathered along the banks of the Yamuna demanding early clean-up of the river, which is the lifeline for millions of people in north India. The region was hit by a tragedy 10 days ago when hundreds of pilgrims on Braj Yatra were swept away while crossing the river in a pontoon bridge. The fragile plastic rope they were holding on to didn’t prove strong enough and many began to drown after a virtual stampede.

Though all the pilgrims were saved from drowning, many of them gulped down the toxic river water as they attempted to keep themselves afloat. While two pilgrims died later, hundreds had to be hospitalised and some of them are still under treatment at private hospitals.

Activists allege that this was the first such tragedy of river pollution that claimed human lives. Earlier, there had been cases of only animals falling sick after consuming the toxic water.

Also Read: ‘Revive The Dying Yamuna’, Say Activists As They Ask For Government Actions Towards Rejuvenating The River

The state government, however, has denied the charges of negligence and of failing to prevent pilgrims from crossing the Yamuna.

These pilgrims on a yatra tried to cross the river Yamuna on the Palwal-Aligarh border, holding on to a fragile rope that did not prove strong and many drowned after a stampede. Hundreds lost control and toop sips of the polluted water, an activist told IANS.

An alarm was raised and scores were hospitalised in Mathura, Vrindavan, Kosi and Naujheel for treatment. So far, two have died, many are still critical. The district administration and the police should be taken to task for allowing devotees to cross the river, when dangers were staring at the face, he said.

More than 20 pilgrims are still in a serious state. An organiser of the yatra, led by Padamshri Ramesh Baba of Barsana, accused officials of the Haryana government, who had failed to repair the pontoon bridge in time.

Reports claimed that a plastic rope tied to tractors on both sides of the river was provided to support pilgrims for wading through the river.

“People of short height could not prevent water from entering their mouths. When one pilgrim was seen drowning, a number of them ran to rescue him. This resulted in a stampede,” a source said.

What is shocking for locals is the rank apathy of the administration.

“Today (Tuesday) being Yama Dwitiya, thousands of pilgrims will come for the special Yamuna bath,” the source added.

Neither the Yogi Adityanath government in Uttar Pradesh nor the local MP Hema Malini have addressed this problem of river pollution, despite repeated demands and assurances, agitated locals said.

The stink from the river causes nausea and puts off the pilgrims who choose to return to their hotels and dharamshalas for the ritual bath.

The river is already dead in Vrindavan, declares Jagan Nath Poddar of the Friends of Vrindavan forum. With hardly any freshwater flowing, the stink at the ghats and the heaps of garbage are proving a nightmarish experience, the locals added.

The Yamuna River is regarded as very sacred by Hindus.