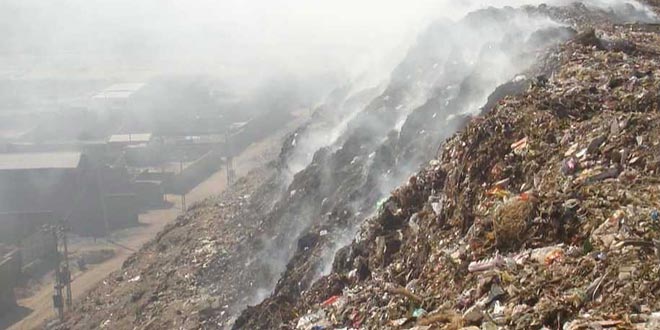 New Delhi: The Supreme Court (SC) on Wednesday examined the status report filed by the committee, set up to deal with the issues relating to solid waste management in Delhi, and observed that there is no specific time target. “We have gone through the status report. There is no specific time target. It just says that we have to do this, we have to do that. But, by when? It is not there,” a bench headed by Justice Madan B Lokur told Additional Solicitor General (ASG) Pinky Anand.

The committee was set up by the Lieutenant Governor (LG) on the direction of the SC on August 17 to go in-depth into all aspects of solid waste management in Delhi, including cleaning up landfill sites at Ghazipur, Bhalswa and Okhla and frame a workable and implementable policy. ASG told the bench, also comprised Justices S Abdul Nazeer and Deepak Gupta, the committee would get back to the court on the issue of a time-frame.

We (committee) have taken certain cogent steps. Tomorrow, the next meeting is scheduled and experts from CPCB (Central Pollution Control Board) and DPCC (Delhi Pollution Control Committee) have been called. We are examining each and every aspect, ASG Pinky Anand told the court and sought two weeks’ time to come out with a time-line.

The bench also said that chairman of the committee should attend all the meetings and devote time in the process as this was a “full-time work”. “The chairman has to control the proceedings (of the meeting). If he (chairman) comes at 11 am and goes back at 12 noon, then it is not done,” the bench observed.

The bench asked the ASG to place minutes of the meetings on record and inform it whether the LG is being briefed about the meeting. The ASG responded in affirmative. The bench then proceeded to post the matter for hearing on September 26. The court had earlier observed the issue of solid waste management in Delhi was “serious” and the committee would have to meet on a day-to-day basis to take stock of the situation.

The issue of waste management had cropped up when the court was dealing with a tragic incident of 2015 in which it had taken cognisance of the death of a seven-year-old boy due to dengue. The victim had been allegedly denied treatment by five private hospitals here and his distraught parents had subsequently committed suicide.