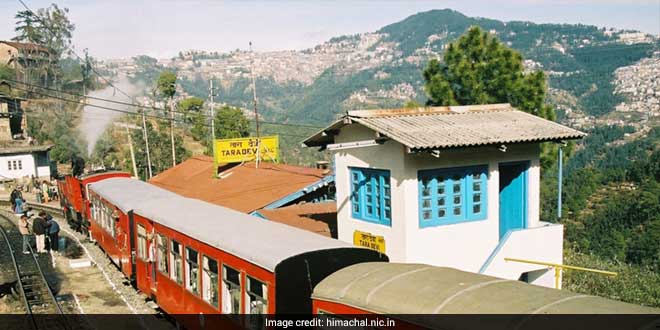 Mumbai: To create awareness about protection, conservation and cleanliness of Kalka-Shimla Railway Track, a UNESCO World Heritage Site, authorities in Shimla will conduct a massive cleanliness drive on May 12. The drive titled ‘Walk The Track’ will be organised by the Himachal Pradesh State Legal Services Authority (HPSLSA) under the guidance of the Acting Chief Justice of Himachal Pradesh High Court and Executive Chairman of the Authority Justice Sanjay Karol and will involve approximately 5,000 residents of the city.

The drive is aimed at not just cleaning, forestation and beautification of the heritage Kalka-Shimla railway track in a big way but also hopes to sensitise people about protection and preservation of environment and ecology in general.

Besides cleaning the railway tracks, the purpose of conducting the drive is to send out a message of involving citizens in the swachhta movement.

A mass coordinated movement of all agencies and people is necessary to preserve and clean the Kalka-Shimla railway track. Environment protection is a social responsibility of one and all and cohesive efforts are required to achieve success.  Children must be associated in such cleanliness drives in a big way to create awareness in the society as they are the real ambassadors, Justice Sanjay Karol said in a press release.

The 96 kilometre drive will begin early in the morning around 7 am and will end in the evening. The participants will be given guidelines regarding the activity by school students from nearly 30 educational institutes. Basic safety gears like gloves and masks will also be provided by the NGOs and Self-Help Groups. However, the citizens are being encouraged to bring their own safety gears.

While people from all walks of life will participate in the drive, children will be given specific roles and tasks. The legal department of HPSLSA has formed 43 groups of children and other participants who will pick up litter and waste as they walk along the track in their specified area. Besides students, NGOs, Mahila Mandals, Yuvak Mandals, clubs, Municipal Corporations, lawyers, forest workers, medical staff, police and civil defence, transport unions and so on will also be involved with the cleanliness campaign.

Treatment of the waste will depend on the kind of garbage collected. The plastic waste including chips packets, bottles, plates, cutlery and polythenes will be transported to the local recycling factory with the help of Shimla Municipal Corporation. Other garbage items will be sent to the landfill.