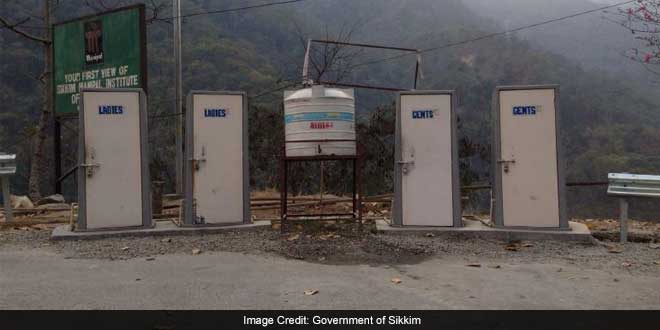 As one drives through the clean, rhododendron-laden serpentine roads leading to Sikkim, it is easy to see why so many tourists are smitten by this tiny state. Get into capital-city Gangtok, and one is struck by the vehicle free and clean MG Marg, right in the heart of the city. Not surprisingly, Sikkim has become a tourist haven for nearly 20 lakh tourists every year.

Despite a steady influx of tourists each year, Sikkim is often cited as an example of a clean and environment friendly state, not only for tourists but also for the local population. In fact, Sikkim had earned the distinction of becoming India’s first open defecation free state way back in December 2008, long before the much publicised Swachh Bharat Abhiyan was launched in 2014.

The Sikkimese culture has generally been against open defecation. Many people used toilets made of bamboo structures instead of defecating in the open, before the government launched its initiative in 1999, said D.R. Nepal, Secretary, Rural Management and Development Department, Government of Sikkim. 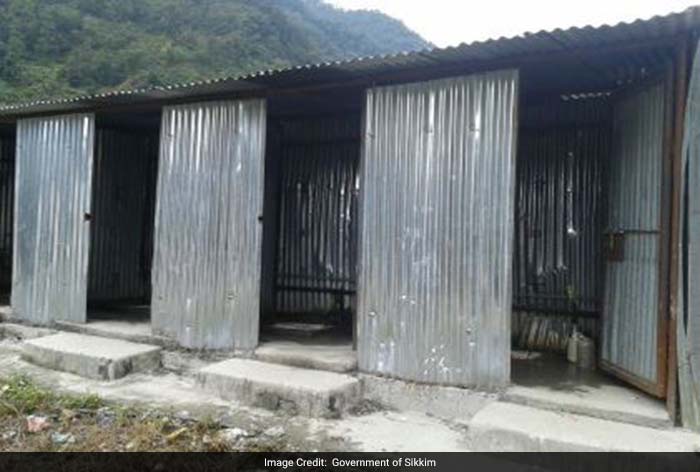 Several toilets have been installed in Sikkim along the mountainous roads

Sikkim is a tiny mountain state in India’s Northeast. It has no commercial airports or railway stations, and can only be accessed by road from West Bengal. This was one of the biggest challenges faced by the state in its quest to becoming open defecation free. The nearest market which sold building materials was located in Siliguri, West Bengal, over 100 kilometres away. Transportation of building materials via the mountainous roads was also costly, shooting up the cost to more than the allocated Rs 12,000 per toilet. This prompted the authorities to rely more on locally available materials for toilet construction. Structures made of bamboo, locally known as ‘Ikra’ were also used in many households as toilet structures. People also used locally available materials such as timber and stone to construct toilets. 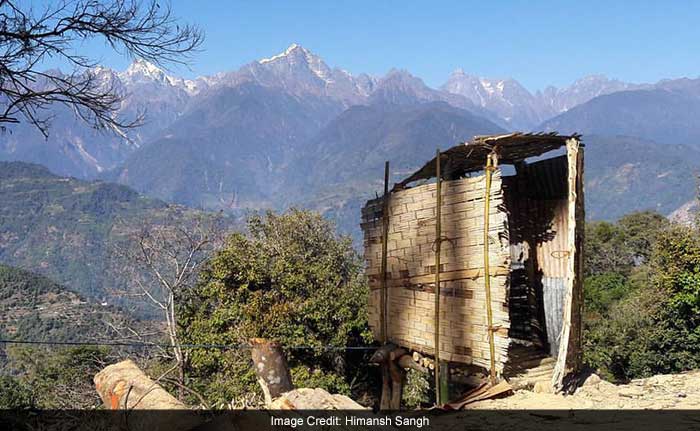 Many people in Sikkim used toilets made of bamboo structures

The government benefited from the local population’s zeal to build better toilets and improve upon the condition of the existing ones. The mission to build toilets in homes, schools and anganwadis began in 1999. Data from the Sikkim’s Ministry of Rural Development in 2016 shows that all of Sikkim’s 6,10,577 population has access to latrines with high sanitation standards. The Central government’s ‘Swachh Survekshan 2016’ which ranked Sikkim as the top state in terms of sanitation, declared that all the 446 villages in Sikkim’s four districts and 16 sub-divisions were open defecation free.

The government was also very proactive and the will to solve the problems of defecation existed long before the campaign began at a national level. All the gram panchayats, the blocks and districts were brought under the state government’s campaign and a comprehensive plan was laid out to work towards attaining open defecation free status, added Nepal.

From 1999 onwards, the state government of Sikkim arranged for several motivational campaigns about the importance of sanitation and the need to build toilets in households and community spaces. Government representatives, including the Chief Minister Pawan Chamling would often go to villages and speak to people about open defecation. The state government also barred anybody from contesting the panchayat elections if they did not have a functional toilet in their respective household. On declaration of a toilet being constructed, the state government provided trade licenses to individuals, pensions to senior citizens and scholarships to students to pursue higher studies. 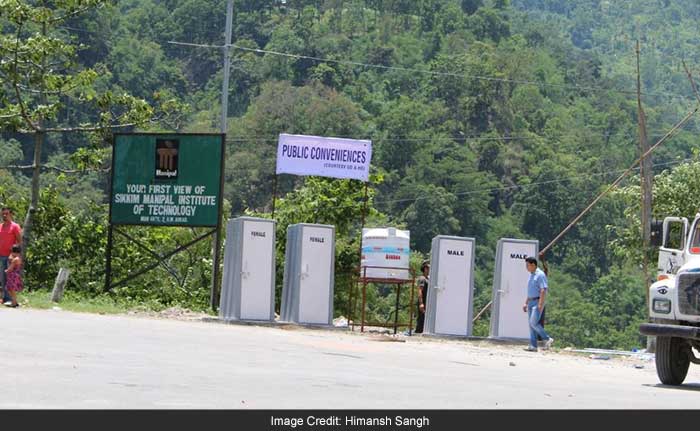 The state government of Sikkim has constructed 1,05,311 individual household latrines in Sikkim. Toilets which were insanitary in nature were converted into a covered pit sewage system. But due credit must also be given to the people of Sikkim, who have practiced cleanliness for years and have complied with the efforts of the government to ensure proper sanitation remains one of Sikkim’s defining features. 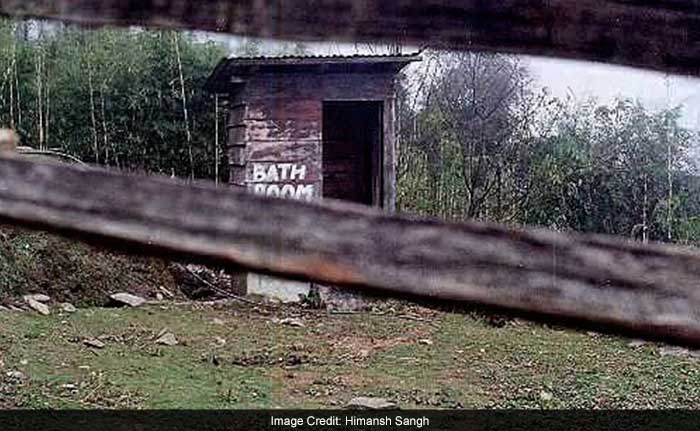 Cleanliness in Sikkim has not only been achieved due to presence of toilets. People in Sikkim do not use plastics, do not urinate in public places and do not litter openly. There is a penalty for every violation, said Sher Bahadur Subedi, Minister for Rural Management, Sikkim.

For over a decade, Sikkim has imposed a fine of Rs 500 for urinating in public. The two important urban centers of Gangtok and Namchi have been installed with public filters, public toilets and improved sewage systems to ensure that even the urban areas of the state do not run out of sanitation facilities. Despite the tag of an open defecation free state, the government of Sikkim is continuing its work on segregation of waste before disposal and introducing a better signage system for toilets.