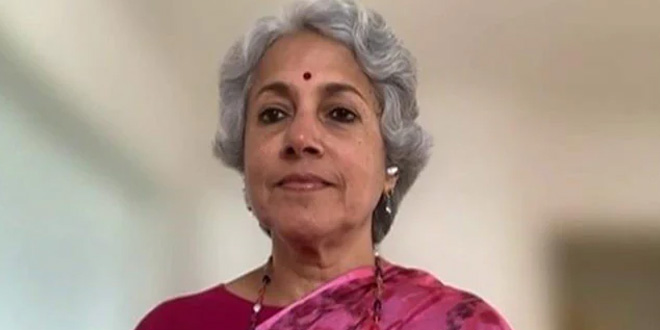 Dr Swaminathan said that a number of deaths from elderly groups were seen when Omicron spread as they were not fully vaccinated.

Pune: Chief scientist at the World Health Organization (WHO), Dr Soumya Swaminathan, on Thursday said some countries may see “another wave of infections” with the XBB subvariant of Omicron, a variant of COVID-19 virus. Talking to reporters on the sidelines of the annual general meeting of the Developing Countries Vaccine Manufacturers Network (DCVMN) here, she clarified that as of now, there was no data from any country to suggest that these new variants are clinically more severe.

There are over 300 subvariants of Omicron. I think the one that is concerning right now is XBB, which is a recombinant virus. We had seen some recombinant viruses earlier. It is very immune-evasive, which means it can overcome the antibodies. So slightly that we may see another wave of infections in some countries because of XBB, she said.

As of now, there is no data from any country to suggest these new subvariants are more clinically severe, she clarified.

Suggesting the measures that need to be taken, Dr Swaminathan said monitoring and tracking are the key steps.

According to her, the Director General of the WHO has said that COVID-19 continues to be a public health emergency of international concern. She added that 8,000 to 9,000 deaths are being reported every week worldwide due to the infection.

So we have not said that the pandemic is over, which means that all precautions and tools continued to be used. Good thing is that we have now many tools and the most important thing is vaccines. As far as vaccine coverage is concerned, our goals are 100 per cent of people over the age of 60 and 100 per cent of health care and frontline workers. Then we have a goal of achieving 70 per cent of the country, but subgroups are more important because they are most likely to face morbidity and mortality, she said.

She said that a number of deaths from elderly groups were seen when Omicron spread as they were not fully vaccinated.

The full vaccination schedule is actually three doses. The primary two doses plus booster in the next four to six months. But in many countries, including India, the uptake of the booster is low. So we really encourage people to take the third dose, she said.

She advised continuing to use masks for protection from infection.

While vaccines are still protecting us from severe disease and hospitalization, the risk of long COVID conditions seems to increase with each infection. So it is not benign. We should not be too casual by saying that it is okay to get the infection. Many people just think that it is just like the flu or any other respiratory infection, but more and more data is coming out on how COVID is affecting all organ systems and not just the respiratory route. It also affects the cardiovascular system and the inflammatory environment. So we have seen the risk of diabetes doubling, we have seen the risk of heart attacks…and other neurocognitive problems, Dr Swaminathan added.

Global Roll-Out Of 12 Billion COVID-19 Vaccine Doses Largest-Ever But Access An Issue: WHO