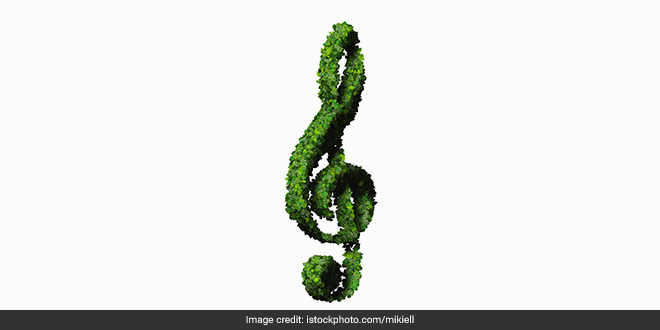 London: UK-based Indian-origin artist and musician Soumik Datta will make his directorial debut at the COP-26 Summit in Glasgow next week when his climate action focussed ‘Songs of the Earth’ will be premiered. The London-based multi-disciplinary artist won a British Council Climate Change creative commission in February to develop a film and music project in partnership with Earth Day Network. The result is ‘Songs of the Earth’, an animation film accompanied by an eight-track album responding to climate change, weaving issues from climate migration, extreme weather to ocean pollution, deforestation and sustainable fashion through original narrative, songs and immersive visuals. It had a preview at 10 Downing Street here this week, with the premiere scheduled for November 2.

At the heart of the film and the album is a question – is our behaviour as a people sustainable, says Mr Datta. As consumers, many of us are part of a cycle of buying and discarding and somehow the photos of polluted oceans, landfill mountains and toxic rivers don’t always connect back to us. I’d love for young people to respond to ‘Songs of the Earth’ and think about how they could make small changes to the environment around them and start valuing this behaviour as a measure of good citizenship, as a badge of humanity, he said.

The 24 minutes long film is animated by Indian illustrators Sachin Bhatt and Anjali Kamat and follows Asha, a young climate refugee from West Bengal, as she searches for her missing father through the flood banks of the Sundarbans delta, burning forests and melting polar ice caps. Mr Datta adds:

Mr Datta adds: It will be the first short film I’ve written, scored and directed. It’s something I’ve always wanted to do – use different aspects of my creativity within one project. But I’m most proud of my collaborators Sachin Bhatt and Anjali Kamat who visualised the story from page to screen and helped me manifest my lead character, Asha and the climate emergency that spirals around her.

Rooted in conversations with a panel of climate consultants and associates from the environmental organisation Earth Day Network, the film is a collaboration between artists in the UK and India and will be released at the United Nations (UN) managed Blue Zone of COP-26 on November 2, where the climate action negotiations take place. Featuring a suite of original climate anthems written and composed by Mr Datta, including ‘Oceans Rising’ and ‘Fields of Hope’, the lyrics carry deep environmental messages that embody conscious activism.

The album features a blend of vocals, saxophone, pulsing drums, sarod, cello and meditative samples of nature, such as leaves, wind and waves. It will release through Bucks Records and features a diverse band of musicians including British-Sri Lankan rising star singer Ashnaa Sasikaran, contemporary cellist Matthew Barley, Indian-Egyptian pianist Rosabella Gregory, British-Tanzanian saxophonist Yasmin Ogilvie and Jake Long on drums. The project, aside from the animated film and album, will also be available as an educational resource for schools in the shape of an e-book.

Investment In Health Care Should Not Be Considered As Expenditure: Dr Soumya Swaminathan