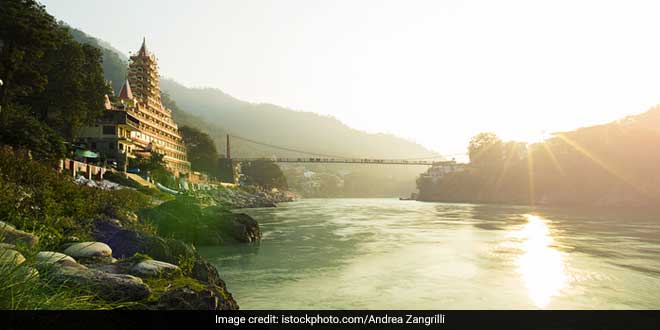 Kolkata: The Centre’s efforts to rejuvenate the holy river have failed to impress environmentalists, who feel a clean Ganga will remain a distant dream due to the Central government’s failure to ensure the continuous flow of the river. Magsaysay awardee and a member of the erstwhile National Ganga River Basin Authority (NGRBA), Rajendra Singh said, “Nothing has been done for ensuring a continuous flow of the river and also for its rejuvenation by the Prime Minister Narendra Modi led government. Continuity is of supreme importance as the holy river has been admitted in the Intensive Care Unit (ICU) for many years. But the Centre is trying to treat its teeth.”

Mr. Singh, who goes by the sobriquet “Waterman of India” said,

Spending crores of rupees for the beautification of ghats has been wastage of the public exchequer because without ensuring a continuous flow, clean Ganga will continue to remain a distant dream.

Soon after assuming office, the Central government rolled out its flagship ‘Namami Gange’ mission at an estimated budget Rs. 20,000 crore to clean and protect the Ganga. Under Namami Gange, 254 projects worth Rs. 24,672 crore have been sanctioned for various activities such as the construction of sewage infrastructure, ghats, development of crematoria, riverfront development, river surface cleaning, institutional development, biodiversity conservation, afforestation, rural sanitation, and public participation.

According to the Ministry of Water Resources, River Development and Ganga Rejuvenation, 131 projects out of 254 were sanctioned for creating 3,076 MLD (million litre per day) new sewage treatment plants (STPs), rehabilitating 887 MLD of existing STPs and laying 4,942 km of sewer lines for battling pollution in the Ganga and Yamuna rivers. Till November-end of the 2018-19 fiscal, the National Mission for Clean Ganga released Rs 1,532.59 crore to the states and the Central Public Sector Undertakings for implementing the programme and meeting establishment expenditure. Mr. Singh said,

Ganga wants freedom today. There is no need for any barrage or dam. We want the building of dams and any constructions on the river to be stopped.

Echoing Mr. Singh, another member of the now dissolved NGRBA, K.J. Nath, said the flow of the river had been obstructed at many locations and its own space (floodplains) encroached upon at multiple places in the name of riverfront development.

However, Jayanta Bandyopadhyay, a former Professor of IIM-Calcutta and presently Distinguished Fellow at the Observer Research Foundation, said the success or otherwise of initiatives and projects of any government in cleaning the Ganga cannot be judged in a five-year time frame. Managing a river like the Ganga, the lifeline of a very large number of people is socio-technically a very complex issue and should be addressed with deep interdisciplinary knowledge, he added.

Mr. Bandyopadhyay stressed that the future of the Ganga, as well as that of its tributaries, depends on how quickly the transformation is made from the one dimensional perspective of rivers by engineers, political leaders, policymakers and others to a multidimensional and interdisciplinary one.

Also Read: Union Minister Nitin Gadkari Assures Of A Much Cleaner Ganga By 2019, Promises Majority Of Namami Gange’s Schemes To Be Executed

Soon Agra Will Have A Replica Of Taj Mahal, Only This Time It Will Be Made With Plastic, Polythene Waste