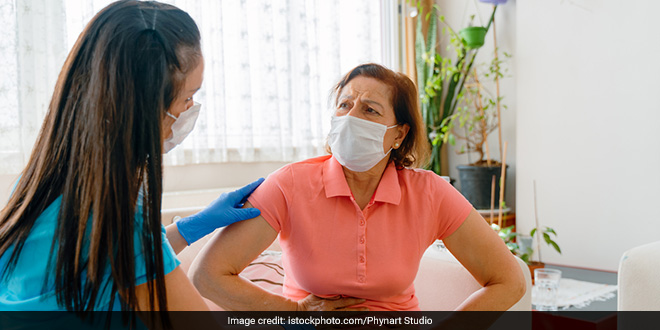 There was also a trend towards heavier menstrual flow in the high stress group, although this result was not statistically significant

Pittsburgh: According to recent research, women who were under significant stress because of the COVID-19 outbreak, were twice as likely to undergo alterations in their menstrual cycle. The findings of the study were done by the University of Pittsburgh and were published in Obstetrics & Gynecology. Overall, more than half of the study participants reported changes in menstrual cycle length, period duration, menstrual flow or increased spotting, irregularities that could have economic and health consequences for women, said the researchers.

Early in the pandemic, it would come up anecdotally in conversations with girlfriends and other women that ‘things have been kind of wacky with my period since the pandemic. Stress can manifest in women’s bodies as changes in menstrual function, and we know that the pandemic has been an incredibly stressful time for many people.

Anto-Ocrah and her team developed a two-part survey that included a validated COVID-19 stress scale and self-reported menstrual cycle changes between March 2020 and May 2021. To reach a diverse population that was representative of the U.S., the researchers worked with a market research company to recruit a geographically and racially representative group of participants to complete the online survey. They restricted the sample to people aged 18 to 45 who identified as women and were not taking hormonal birth control.

Of 354 women who completed both parts of the survey, 10.5 per cent reported high stress. After accounting for age, obesity and other characteristics, the researchers found that women with high COVID-19 stress were more likely to report changes in menstrual cycle length, period duration and spotting than their low-stress peers.

There was also a trend towards heavier menstrual flow in the high stress group, although this result was not statistically significant.

During the pandemic, women’s roles were redefined, and, as a society, we took steps back in terms of gender equity,” said Ms. Anto-Ocrah. “Women often shouldered the brunt of childcare and household tasks, and they found changes to daily activities and the risk of COVID-19 infection more stressful than men.

About 12 per cent of participants reported changes in all four menstrual cycle features, a finding that the researchers called alarming.

The menstrual cycle is an indicator of women’s overall wellbeing,” said Anto-Ocrah. “Disruption to the menstrual cycle and fluctuating hormones can impact fertility, mental health, cardiovascular disease and other outcomes. Ultimately, these factors can also play into relationship dynamics, potentially compounding strain on relationships.

Longer, more frequent or heavier periods can also hit women in the wallet because of additional costs for feminine hygiene products.

We know that the pandemic has had negative economic impacts for a lot of people. If changes to your flow during a time of economic distress increase period-related costs – or the ‘tampon tax’ – economically, it’s a double whammy, said Ms. Anto-Ocrah.

She hopes that the study inspires more research on COVID-19 stress and women’s health on a global scale, including potential long-term effects on fertility, menopause transition and mental health.

Climate Pledges Depend Too Much On Natural Carbon Sinks – Report