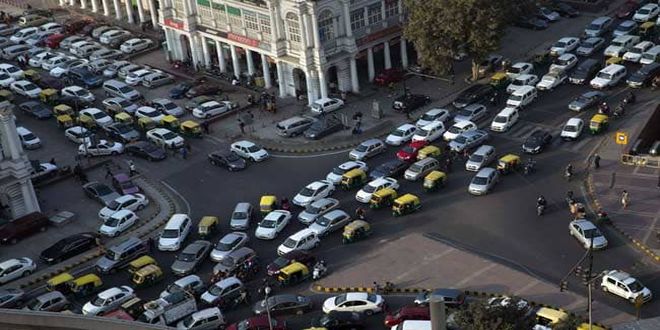 New Delhi: The Supreme Court on Wednesday said that no Bharat Stage-IV vehicle shall be sold across the country with effect from April 1, 2020. The top court noted that India cannot afford to fall back further even by a day in introducing the BS-VI emission norms as its pollution levels are “alarming” and it urgently needs to move to a cleaner fuel. It has decided that the Bharat Stage-VI (or BS-VI) emission norm would come into force from April 1, 2020, across the country. A three-judge bench headed by Justice Madan B Lokur made it clear that only BS-VI compliant vehicle shall be sold in the country from April 1st, 2020. The bench said the need of the hour was to move to a cleaner fuel. “The right to live in an environment free from smoke and pollution follows from the ‘quality’ of life which is an inherent part of Article 21 of the Constitution,” it said.

The Bharat Stage (BS) standards are instituted by the government to regulate the output of air pollutants from vehicles that use combustion engines. The BS norms are based on European emission norms. These norms are followed largely by all automakers across the globe. BS-IV norms had been enforced across the country from April 2017. The top court also noted that Europe had introduced Euro-VI norms way back in 2015. A bench comprising Justices Madan B Lokur, S Abdul Nazeer and Deepak Gupta said, “Europe introduced Euro-IV fuel in the year 2009 and Euro-VI standards in 2015. We are already many years behind them. We cannot afford to fall back further even by a single day”.

Noting that India has 14 out of the 20 most polluted cities in the world, the bench said that the effect of pollution on the environment and health is huge and so if there is a conflict between health and wealth in terms of profit that manufacturers might make, health will have to be given precedence. “We are dealing here with a situation where children and unborn children suffer from pollution and issues of inter-generational equity are involved,” the bench said and noted there was more than sufficient time for manufacturers to make BS-VI compliant vehicles. It said that some of the manufacturers were not willing to comply with the March 31, 2020 deadline not because they do not have the technology, but because the use of technology would lead to increase in the cost of vehicles which might lead to a reduction in sales and ultimately their profit.

The amount spent on countering the ills of pollution such as polluted air, damaged lungs and the cost of health care far outweigh the profits earned, the bench said.

In 2016, the Centre had announced that the country would skip the BS-V norms altogether and adopt BS-VI norms by 2020. The changes in the automobiles under the wake of BS-VI norms will include mandatory Diesel Particulate Filter for Particulate Matter reduction, Selective Catalytic Reduction module to reduce oxides of nitrogen, and Gasoline Direct Injection Engines- more efficient petrol engines to control carbon oxide emission levels. Apart from this, automobile manufacturers would need to manufacture hybrid vehicles and it would be mandatory to make smaller engines to lower fuel consumption, especially at lower speeds where most cars spend most of their times.

The apex court’s order came while deciding whether grace period should be given to the automobile manufacturers for the sale of BS-VI non-compliant vehicles after April 1, 2020.

Referring to the situation of pollution in the country, the bench said,

The pollution in Gwalior, Raipur and Allahabad is worse than Delhi. The situation is alarming and critical. It brooks no delay.

The bench said that is it heartening that the Centre, being concerned about the health of citizens and is also taking note of the urgent need for a clean environment and has taken steps to manufacture cleaner fuel. The bench noted that the Centre has spent about Rs. 30,000 crore to manufacture BS-IV compliant fuel and another Rs. 30,000 crore have been expended to ensure that the fuel available in the country was BS-VI compliant.

The Society of Indian Automobile Manufacturers (SIAM) had justified the grace period to sell their vehicles contending that India was jumping from BS-IV emission norms to BS-VI within a short span of time. The manufacturers had argued that they were allowed to manufacture BS-IV vehicles till March 31, 2020, and they should be granted reasonable time to sell their stock. Additional Solicitor General A N S Nadkarni, who had appeared for the Centre, had told the apex court that the government considered it fit to give three and six months to the manufacturers to sell their stock of BS-IV vehicles after April 1, 2020.

The bench also dealt with the arguments advanced by SIAM which had contended that there were multiple sources of pollution and vehicles only contribute up to only 2 per cent of that. “We are not in agreement with this submission because the report of the committee to which we have adverted hereinabove states that contribution of vehicles to ambient PM 2.5 concentration during the winter season is 25 per cent and in the summer season it contributes 9 per cent,” the bench noted.

The bench also said, Even if we were to accept the figures submitted by SIAM, we are of the view that no step is too small when it comes to fighting pollution. Small steps to reduce pollution when taken together will lead to a large-scale reduction in pollution which will result in much cleaner air, which eventually will result in a cleaner and better environment, healthier citizens and most importantly a healthier generation to come.

In A Historic Step, European Parliament To Ban 10 Single-Use Plastics By 2021