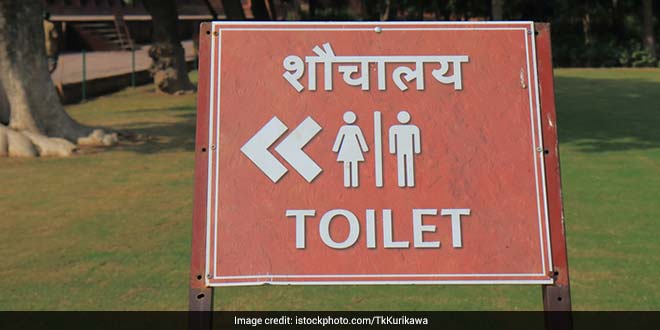 New Delhi: Ahmedabad, the largest city of Gujarat, is gearing up for the fourth edition of cleanliness survey, the Swachh Survekshan 2019. The city on January 5 received open defecation free plus (ODF+) certificate from the Union government. The ODF+ protocol was introduced by the Ministry of Housing and Urban Affairs in August 2018. The focus of the ODF+ protocol is to ensure the sustainability and the long term impact of the ODF status.

The city of Ahmedabad was declared ODF in 2016 and the last re-verification was done in September 2018. To achieve ODF+ status, a city needs to fulfill a set of guidelines. To state a few, all public and community toilets need to be clean and well maintained. They should have continuous water supply, proper drainage system, sanitary napkin vending machines and incinerators, hand dryer, should be child and disabled friendly and other things. Basically they need to have all the qualities of a good toilet. The kind of toilets you have at airports or in five star hotels, says Harshadray Solanki, Director of Solid Waste Management, Ahmedabad Municipal Corporation (AMC), while speaking to NDTV.

Ahmedabad has a total of 350 public toilets, community toilets and public urinals in the city. The ODF+ certificate states that almost all the 350 toilets and urinals met the ODF+ criteria.

The independent assessment was carried out by the Quality Council of India (QCI), a third party hired by the government of India. From January 2 to 4, the third party evaluated public and community toilets in the city on different basis and on January 5 AMC received the ODF+ certificate.

We are the first city in the state of Gujarat to achieve ODF+ status. Having achieved this, we plan to sustain it and move towards ODF++ which focusses on achieving sanitation sustainability by addressing complete sanitation value chain, including safe and complete fecal sludge management, says Mukesh Gadhvi, Deputy Municipal Commissioner, AMC.

With ODF+ certificate AMC has secured 200 marks out of 5,000 in Swachh Survekshan 2019. Hopefully, the city will attain a better position this year.