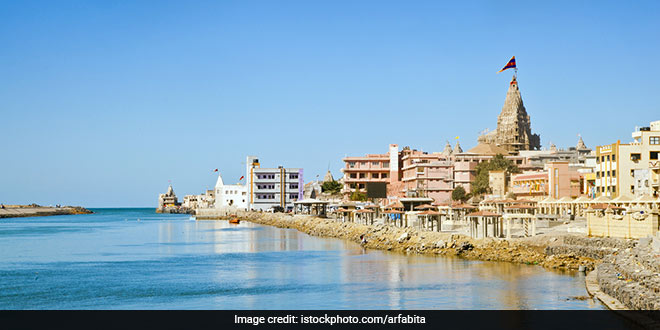 New Delhi: Union Ministry of Urban Affairs on June 23 released the final results of Swachh Survekshan 2018, a cleanliness survey by the government. The survey which covered 4203 cities of 29 states and the national capital Delhi, ranked Gujarat 17th in the list of clean states. A total of 30 cities from Gujarat participated in the survey and out of them none of the cities managed to be in the list of top 10 cleanest cities of India. Only eight cities from the state have been placed among the top 100 clean cities in India, of which six are under top 50 clean cities category. The cities in the top 100 are-

Apart from this, Gujarat’s Anklesvar Municipality, has been given the title of West Zone’s Best City in ‘Solid Waste Management’ under ULBs – West Zone with less than 1 lakh population.

Out of all the major cities of the state, only Ahmedabad managed to better its earlier position. For two consecutive years – 2016 and 2017, Ahmedabad was ranked at 14. This year, under Swachh Survekshan 2018, Ahmedabad is ranked at 12. The improvement could be attributed to the city implementing some major changes especially in their waste collection system.

We focused more on waste collection and management. We doubled the number of door-to-door waste collection vehicles. Now, we have over 1000 garbage collection vans. Apart from this, we have changed the timings. Earlier, the garbage from residential areas and households was collected entire day, but now we do it till 2 PM and after that commercial areas are being focused on. 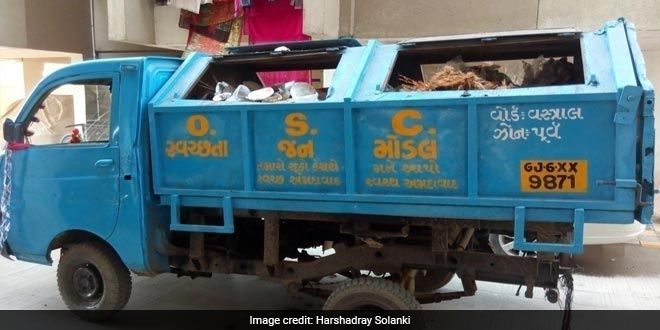 The city generates 3500 metric tonnes of waste per day. To treat the humongous amount of waste, the city has two composting units, two waste to energy plants and one plant to treat plastic waste. The city is also taking steps to treat construction and demolition waste.

Surat, a commercial center for textiles, has always been among the top performers. In 2016, when 73 cities were surveyed, Surat was ranked at number 6. With improvement in its open defecation free (ODF) status, and waste collection system, the city moved to fourth position in 2017, among 434 number of cities surveyed. But this year as the competition increased and the number of cities surveyed crossed the 4200 mark, Surat slipped to number 14.

Even we are clueless on what exactly is the reason behind this decline. If we see the marks given to us, while under direction observation, we have secured 1193 out of 1200, under citizen feedback and swachhta app, we obtained 1185 out of 1400. But under service level progress- which includes submission and verification of documents, we have got only 941 out of 1400. Whereas last year we received 841 out of 900. I think there is some error in documentation. We have submitted all the documents. Also, citizens gave good feedback only because we have worked.

Right from improving waste segregation to citizen feedback, which carried 1400 marks, Surat took some major steps to improve its ranking in Swachh Survekshan 2018. In a bid to manage waste effectively, Surat Municipal Corporation installed numerous waste processing plants. The city has one plant to treat plastic waste, one waste to compost plant with a capacity to handle 600 tonnes of waste, 50 plants in 50 societies to treat organic waste, 10 plants to treat waste in vegetable market, one vermi composting plant and 22 plants to treat waste generated in gardens.

Out of 1800 tonnes of waste generated daily in the city, only 600 tonnes goes to the landfill. 1200 tonnes is treated through different waste management plants installed in the city. Also, the city is now aiming towards closing the landfill site and installing waste to energy plant.

Swachh Survekshan 2018: A Disappointment For Vadodara

Considering its current ranking and the points received by the state, Vadodara has a long way to go. The city which grabbed 13th and 10th position in Swachh Survekshan 2016 and 2017 respectively has now been ranked at 44. The current ranking is a wake-up call for the city to improve its sanitation quotient.

Currently, even we are not clear on the reason behind the decline in ranking and we cannot pin point one thing that this took us to 44th position. If we analyse the marks we have received, we have not performed well under service level progress and have received the least in it. Out of 1400 we have secured only 930. While under direct observation we have been given 983 out of 1200 and under citizen feedback we have obtained 1012 out of 1400.

Overall performance of Gujarat has been worse than last year in Swachh rankings. Cities like Rajkot and Gandhinagar have also recorded a drop in their performance. Rajkot which was at number 7 is 2016 and 18 in 2017 has secured 35th rank this year. In case of Rajkot, the problem seems to be less marks in service level progress which includes submission and verification of documents, the city has received 743 out of 1400. Whereas Gandhingar is concerned, the city has slipped down to number 26 from its previous position of 20.